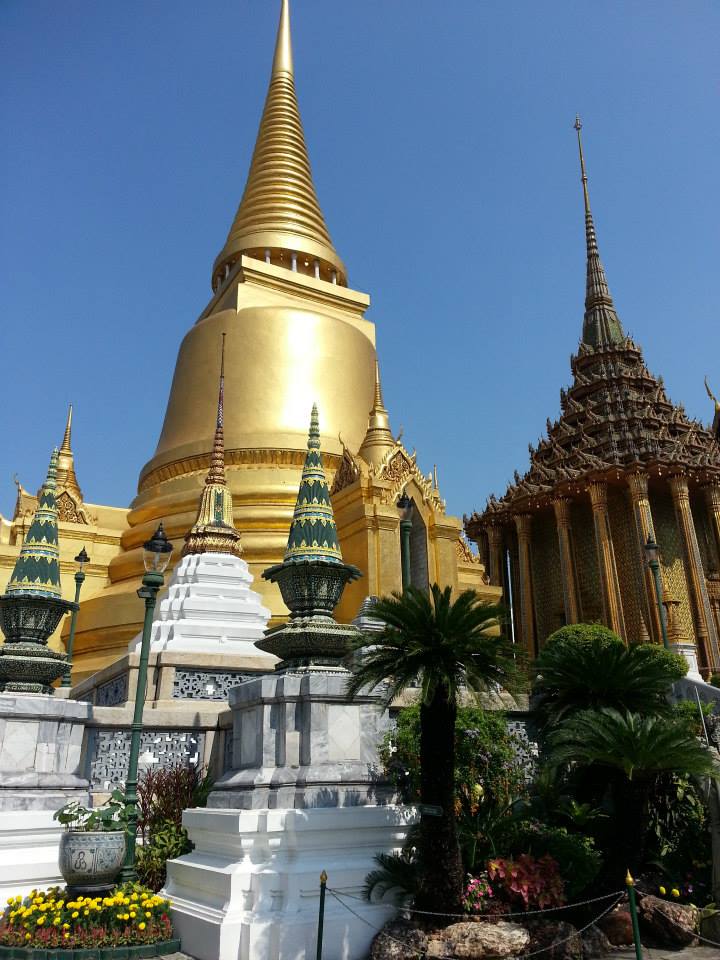 i carry your heart with me (i carry it in
my heart)
– e. e. cummings

The story of how Bangkok captured my heart starts in San Francisco, November 2013: It was a cold and foggy night, like it always is in San Francisco. I was a few months into my new job and had been enjoying a short break on the West Coast when I checked my Blackberry and saw that one of the partners had asked if anyone would be keen to go and work with the team in Bangkok for a bit as they needed help on the ground.

I took a while to think about it (ok… 5 minutes) because while I had been to BKK once before and wasn’t in love with it, it was still an overseas secondment and it sounded like an amazing opportunity. Plus, I was still fairly new on the job and on holiday at the time, so I wasn’t waist-deep in some long-running matter from which it might have been impossible to extricate myself. Overall, the timing was perfect and that was how, two weeks later, I found myself in Bangkok, living the expat life in an awesome hotel/serviced apartment which was only a 5-10 minute walk from the office.

In the course of my short (too short) time there, I made lifelong friends, explored and grew to appreciate the vibrant city that is BKK and even came into contact with my first demonstration:

This was at the time when there were a lot of protests going on against Yingluck Shinawatra’s government and almost every Bangkokian I spoke to was strongly anti-government. The US Embassy was practically right next door to where the office was and one day the protesters decided to converge outside the US Embassy, loudhailers and all, to read a letter to the US government urging them to step in and fight for justice etc. Lots of office workers from neighbouring buildings streamed out to join the protest, wearing the red, blue and white whistles that would become symbolic of the protest movement, and there were some curious onlookers like me who had no skin in the game but went to see what was going on. It was hard to focus in the office anyway, with all the noise from outside.

That was my first, but not the last, brush with the protest movement. I remember a curfew being imposed, going out of my way to avoid certain protest areas and having a lot of people back home asking if I was safe. I never felt seriously in danger, though – perhaps because the protests were concentrated in a few areas (primarily the Victory Monument area which was not near where I stayed and worked) and I took care to avoid those areas. Still, the tension level was high.

I remember when the protests first turned violent and the first deaths occurred. I remember reading the Bangkok Post every hour to see whether the protests were moving nearer me, and whether I should walk home.

And yet, life went on in a remarkably normal fashion. I did the usual touristy things, a few more “local” things like watching movies and hanging out at people’s houses, and even visited a slum as part of my firm’s CSR programme.

I left, only temporarily I thought, but plans to go back were soon derailed as I got really busy back in the Singapore office and the Bangkok political situation steadily grew more alarming, reaching its zenith when the military basically stepped in and threw Yingluck’s government out of office. Nonetheless, many Thai friends reassured me that things were actually better (and safer) with the military in charge.

So the news of the bomb that went off outside the Erawan shrine yesterday, claiming the lives of at least 21 people, completely shocked and horrified me. That shrine is about 10-15 minutes’ walk from where I stayed and I’ve walked past it many times on my way to go shopping/meet people/watch a movie etc. I just can’t believe it, and I can’t even imagine how my friends in BKK are feeling now, and how they’re handling it.

BKK is not a perfect city (the all too common sight of beggars and homeless people sitting along the streets doesn’t make walking past them any easier), but I hope and pray that the people of this vibrant city so full of life, who were able to carry on business as usual in the midst of a state of emergency and military coup and have gone through so much in the last few years, will be able to pull through it. And as the families of the victims start the grieving process, I hope and pray that they will find the comfort they so desperately need right now.

i carry your heart (i carry it in my heart)

A beautiful post. Thailand is easily my favourite country in the whole world so when I saw the story on the news I was heartbroken.

Yes, heartbreaking is indeed the word! It just seems like the news out of BKK keeps getting worse with new bombs being found and all. I hope they find whoever did this.

[…] my time in Bangkok, I became friends with a Mongolian guy, and we make plans for me to visit him when he is back in […]

[…] that I’m a big fan of Bangkok, having worked there briefly before (in fact, I dedicated a whole post to it in the wake of the terrorist attacks last […]