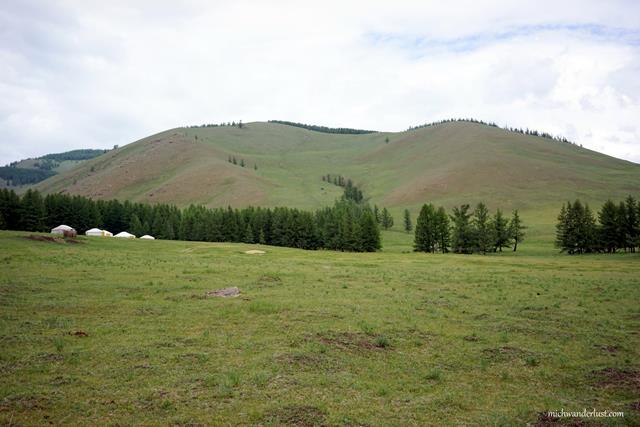 Have you ever felt like you were being pulled towards a certain place? By unrelated and seemingly random events, which seen in isolation may not seem like much, but when added together just makes you feel like you were meant to go there at least once in your lifetime?

That’s how I feel about Mongolia.

Ulaanbaatar was fascinating, but the main reason I came to Mongolia was to ride – and ride I did! We rode out deep into the Gorkhi Terelj National Park for 8 days with Stone Horse Mongolia and it was fantastic.

We travelled from UB to Keith and Sabine’s cabin in the Darkhid Valley, about 30 minutes – 1 hour’s drive from UB, where we would repack our things into our saddle bags (for things which we needed to keep within easy reach) and our personal dry bag (for the rest of the things which we only needed to use when we made camp).

That was also where we were introduced to the horses we would be riding for the rest of the trip. There were 3 guests (Ian, me and MR, a lovely American lady) on the trip. I was paired with a horse called Ben and MR was paired with a horse called… Jerry, and they unsurprisingly resembled each other. Ben was sweet and responsive, and I was happy to have him. Ian’s horse was called Zeerd (which is the Mongolian word for gazelle, because he has the colouring of a gazelle). Mongolian horses are shorter than other horses I’ve ridden (Thoroughbreds for the most part) with thick manes and tails. I like them shorter as they’re nearer the ground – it’s so much easier to get up! And also less of a height to fall from. Admire the tall, ride the small.

This is also where we were introduced to the one of the things that bothered us most throughout the trip – flies! Due to it being summertime, they were literally everywhere and the horses were practically nodding and swishing their tails non-stop. They were much less bothered by the flies when we were on the move though, and when it rained. I also learned pretty quickly to ignore the flies – it helped a lot to have my ears covered as it’s the buzzing that bothers me the most, so I wasn’t wearing my riding helmet I usually had a bandanna on.

After a simple but delicious lunch at the cabin (which, we found, aptly characterises all the meals on the trip), we set off for Terelj National Park, cutting across hills and through some woods. It felt to me like we were already deep in the backcountry, but we hadn’t even reached the park proper.

That wooden pile/structure marks the entrance to Terelj and it’s Mongolian custom to walk around it a few times for luck before continuing on your journey.

At this point, we decided to stop for a quick water break and rest, and the horses fell to grazing peacefully. But suddenly and without any warning, I saw a big horse wheeling around and dashing towards me, followed closely by the other horses. I stayed stock-still as I didn’t want to alarm them further and possibly get kicked (or worse) and could only watch helplessly as they all dashed back into the woods from which we had come. This was the first (but not the last) display of herd instinct we were to witness. In just a few seconds all the horses were gone, except those who had been wisely tied to trees.

Some of the Stone Horse people then went after the horses with the ones who had been tied up, and the rest of us stood around hoping that they hadn’t gone all the way back to the cabin. Luckily, they were found grazing peacefully (again) not too far away and were herded back within a few minutes.

We did way more trotting than I had expected based on my previous riding trips. It made sense though given the amount of distance we were covering, as trotting is the most energy-efficient way for horses to cover great distances. Not the most comfortable gait for riders though. They were going  a little too fast for me to sit the trot so I ended up doing rising trot most of the time, which is more tiring – but infinitely better than being bumped around! Ben even broke into a canter a couple of times, which I loved. It’s such a thrilling and exhilarating sensation to ride on a cantering horse.

The horses have a hierarchy and Ben seemed to be somewhere in the middle of the pack – he could overtake some horses but other horses wouldn’t let him do that. There was one “spare” brown horse in particular being led by Sabine, who kept trying to nip at Ben whenever Ben got too close or looked like he was about to overtake. (They always bring one or two “spare” horses in case one of the horses gets injured and they need to redistribute the weight.) I got to know that nippy brown horse very well over the rest of the trip!

In terms of scenery, we rode across the steppes interspersed with occasional river crossings. Those horses were really brave to cross rivers where the water felt freezing and the current could be quite strong. I just tried to soak in as much of it (the scenery, not the water – waterproof riding boots were great!) as I could.

When we reached the campsite for that night, the table and chairs were swiftly set up and I was extremely glad for a hot cup of tea, not to mention the adorable horse biscuits above and various other snacks. 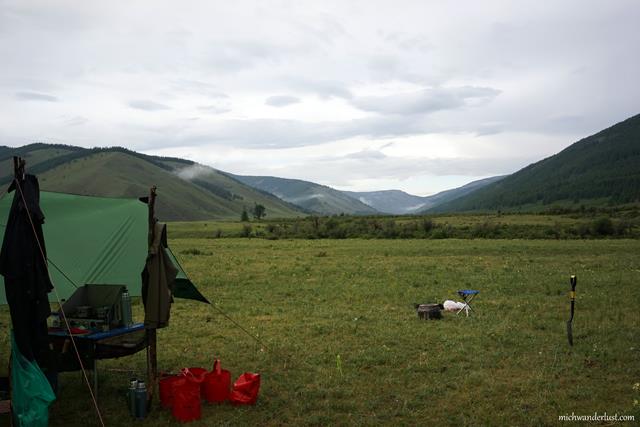 As it slowly got darker, the clouds seemed to descend into the foot of the mountains. I’ve no idea how high above sea level we were, but it was a surreal sight. 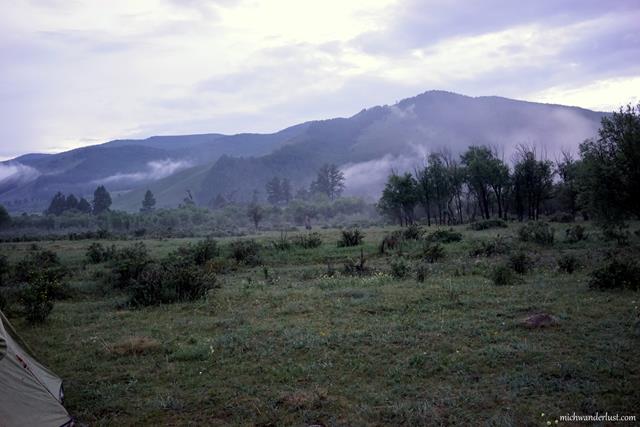