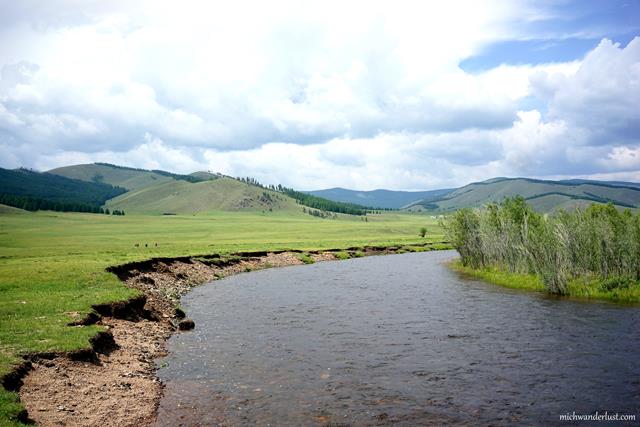 We had lunch at this absolutely gorgeous little spot which was a couple of km away from the main trail – the horses seemed to know lunch break was coming up and started moving faster. They’re not so different from us! I let Brownie canter and then gallop for a bit before we reached the lunch site. Imagine having lunch surrounded by this view:

No buildings, no people (ok, we saw a few other people pass by on horseback in the distance), no noise… just the blue sky, the mountains and the river.

And also, a friendly herd of cattle (who were also roaming free – I’m assuming the herders will also come looking for them when they need them). 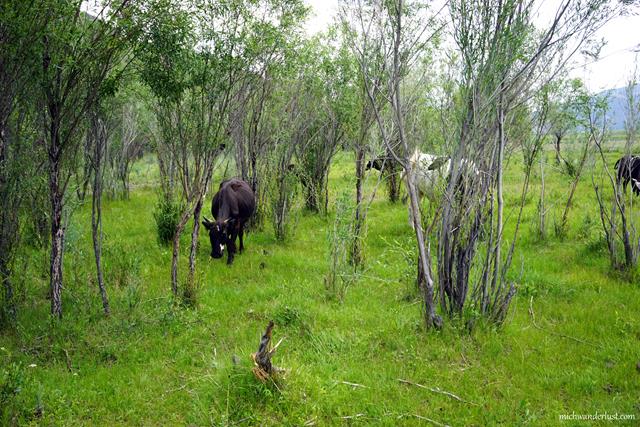 At least, until they all got scared and ran off. 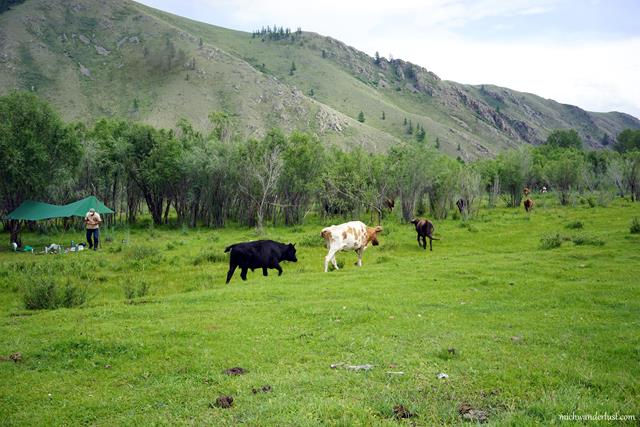 Meanwhile, the horses were also enjoying their lunch. 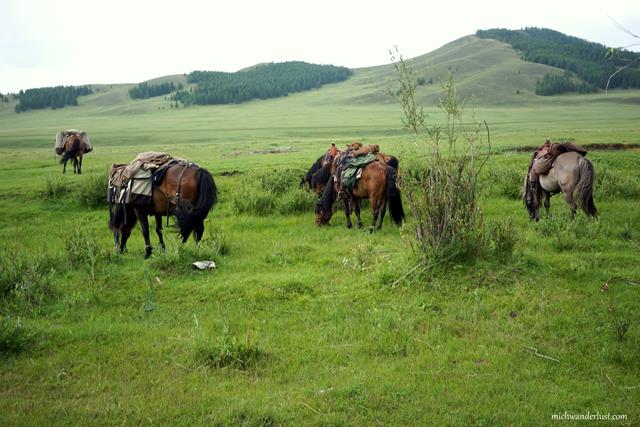 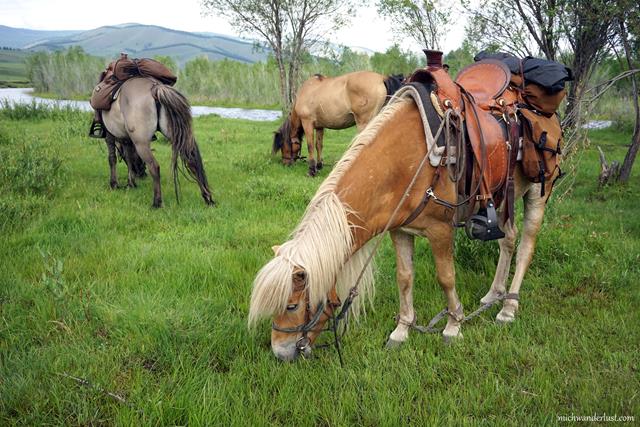 Although they also had to contend with the flies… 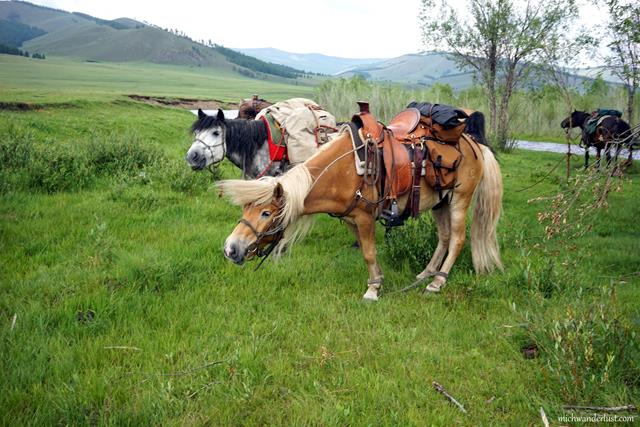 And one of the packhorses who had suffered some kind of rope burn was having an ice bath in the river. He started shivering after a while and wanted to get out. I can’t blame him! 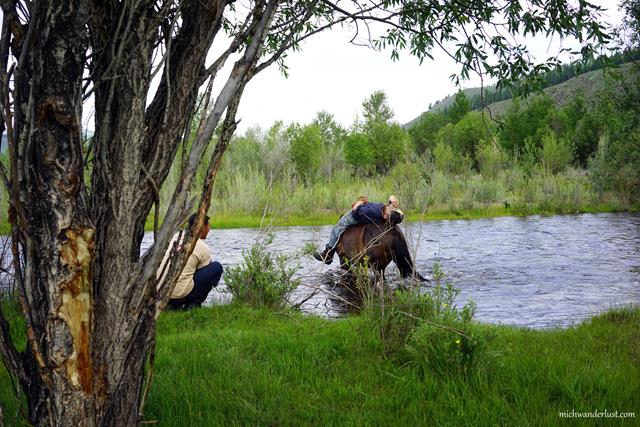 Keith crossed the river on his horse to take a GoPro video of all of us, and some of the horses followed his horse across the river and had to be brought back. The herd instinct is strong in these ones.

Not all was sunshine

Literally – as with the day before, it rained intermittently and on one occasion the rain had practically stopped just as we got our rain gear on, and just as we had taken the rain gear off it started to drizzle again. We learned to take our cue from the flies – if it had stopped raining but the flies hadn’t come back out, then it was probably going to rain again shortly.

In a more metaphorical sense, the horses spooked on a couple of occasions and in one particular instance resulted in one of our party falling when her horse spooked for unknown reasons and took off sideways. Fortunately, she wasn’t hurt.

Horses are intelligent animals, but some of the things they do are just bewildering. For example, we passed a group of 4 hikers, exchanged hello’s and moved on past them – a couple of km further we stopped because we saw a bird of prey circling overhead and being chased off by two ravens. We went to check out what the birds had been fighting over and it turned out to be the head of a marmot (or more accurately, a skull, since it had been picked almost completely clean already). As we turned around to get back onto the path, one of the packhorses (UB or “Big Red” as I always thought of him) looked back and caught sight of the 4 hikers whom we had passed less than half an hour ago and freaked out, for some obscure reason. As luck would have it, Brownie was right next to him and wanted to take off too (“I don’t know why he’s running but I’d better run too!”) but luckily I was able to hold him back. I think my mental alertness levels improved by leaps and bounds during that time.

But we got through all that in one piece, though I got increasingly tired as the afternoon wore on – riding is way less tiring than travelling on foot, of course, but after a couple of hours you still start feeling tired if you’re not used to riding for so long and aren’t in the best of shape, like me. I alternated between rising trot, sitting trot and trotting while standing in the stirrups, just to use different muscles.  And it was all worth it because we were rewarded with a marvelous surprise at the end of the day.

Lodgings fit for a Princess (Mongolia, Days 3 and 4) – michwanderlust

[…] throughout the long day of riding,  we’d been getting hints that tonight’s camp would be something special. Starting at […]