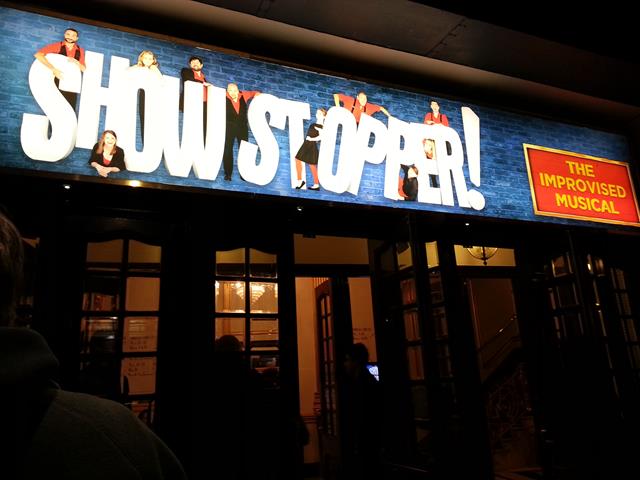 Every time I go to London, I try to catch a show. Sometimes it’s a play, but more often it’s a musical. Recent musicals I’ve watched include Matilda and The Book of Mormon (both excellent and highly recommended), but the most recent one I watched is also the most unique.

Showstopper! is a comedy musical that is completely improvised. Each night, the audience comes up with the title and setting of that night’s show, as well as certain musical styles in which the songs must be performed. The cast members then make everything up as they go along, with audience input at various points in relation to plot twists, etc. You can see why people go back again and again – each performance is totally unique and you get something different each night.

If you look at their archives, you will see that they’ve performed over 700 different shows (and counting)! If that doesn’t impress, you must be one tough cookie.

Oh and by the way, they won an Olivier Award for Best Entertainment and Family this year!

We attended Show 653: Blatt Out of Hell on 26 October 2015. (I love that they put up a short synopsis of each show on their website!) If you recall, around that time FIFA (the international football association) suspended then-president Sepp Blatter and other top officials amid an investigation into allegations of corruption at FIFA. In football-mad England, it was big news. Even I, a non-football fan who can barely identify 4 or 5 players (but not their clubs), was vaguely aware of this brewing scandal.

In terms of musical styles selected, we had a real mishmash of everything. As an audience member, you can suggest anything you want. Fancy some Oscar & Hammerstein? Or maybe a little Stephen Sondheim? Just throw it out there and see if it sticks!

Even though a lot of the football/FIFA-specific jokes went over my head, I enjoyed myself hugely that evening. The impromptu dances were the best. I laughed until my belly hurt! 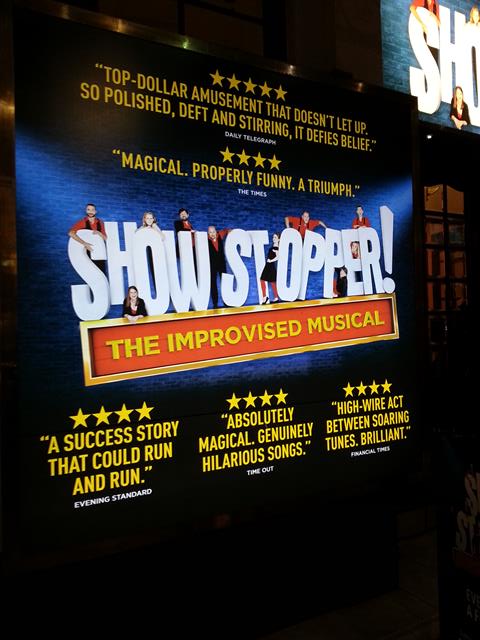 We lucked out and got a substantial discount for our tickets – we only paid GBP35 for tickets worth GBP65/75 as we bought them at the last minute. There’s also a loyalty programme, so if you’re based in London or elsewhere in the UK, this might be worth looking into. They do tours, so they don’t perform exclusively in London.

Pro tip: Have a think about show titles and musical styles you’d like to see (or hear), and be prepared to bellow it at the top of your lungs! Having good seats helps in that respect.

If improv is not your thing, I’d humbly put forth for consideration the other two musicals mentioned above. Matilda is very British, with music and lyrics by the great Tim Minchin – but if you’ve read the book, the story feels somewhat incomplete. The Book of Mormon is belly-achingly hilarious but (in my opinion) extremely unsuitable for kids.

Of course, there’s always the classics, like my personal favourite: 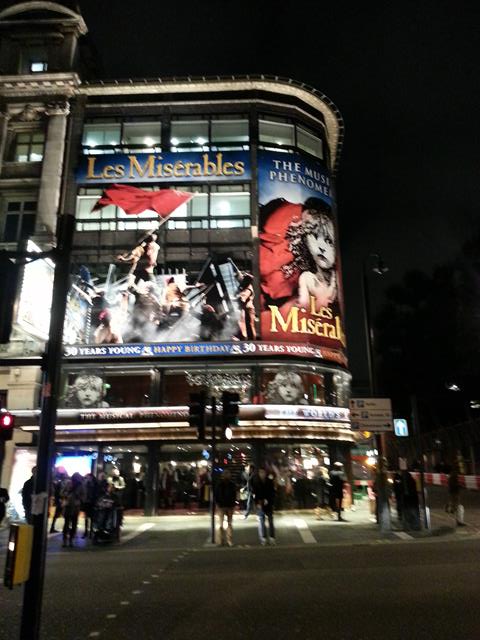 Do you hear the people sing?

This is a stone’s throw away from most theatres in West End, so we often come here to eat before or after a show. It helps that the restaurants open until quite late! 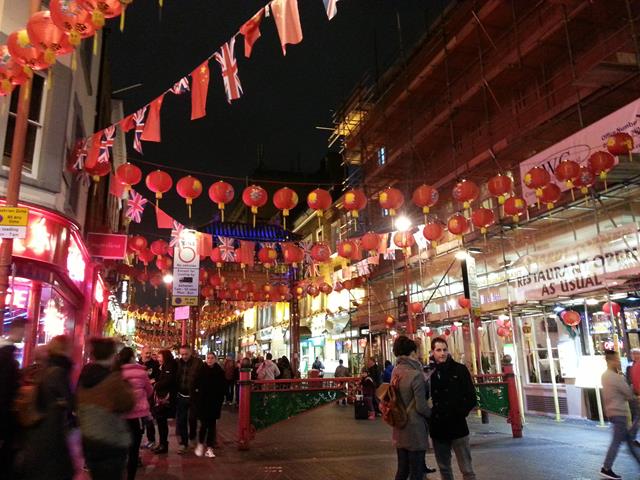 This was around the time that the Chinese President Xi Jinping visited the UK, and you can see the Chinese flag interspersed with the British flag.

My favourite dim sum restaurant here is Imperial China (White Bear Yard, 25A Lisle St, London WC2H 7BA, open from noon to midnight). It also has private karaoke rooms, if you’re so inclined! We were there for dinner one night and had a lot of fun guessing what the people in the next room were singing.

Have you watched any of these musicals, and if so, what did you think of them? What are your favourite musicals?

By the way, I’m so honoured to have had some of my Europe travel tips featured on GoEuro along with some other bloggers! If you’re planning a Europe trip anytime soon, do check out tips for planning here (including tips on booking flights, planning itineraries, budgeting tips and transport hacks). You can also see my tips in How to Plan a Europe Trip in 10 Easy Steps, and How to Find Cheap Flights to Europe.

Do you have any Europe travel hacks?

I love musicals. Living in NY, I just see them on Broadway. I did like Matilda (just saw it last week), but my all time favorites are How to Succeed in Business Without Really Trying and Kinky Boots. I am more the musical comedy type.

Showstopper sounds really interesting, will have to check that out at some point.

I’ve watched shows on Broadway too but West End is significantly (and surprisingly) more affordable. haven’t watched How to Succeed in Business or Kinky Boots but i’ve heard of them! Hope to watch them sometime =) thanks for the tip!

Actually there are a lot of ways to get discounted tickets on broadway, you can check my blog for details.

Oh gosh, I DO love a musical. Off to see School of Rock this week actually. Cannot wait!

Hey Tanya – ooh I’ve seen the posters for that around London! Would be really interested to know how you find it 🙂 (I have tickets for Hamilton in October and am so looking forward to that!) Thanks for stopping by 🙂