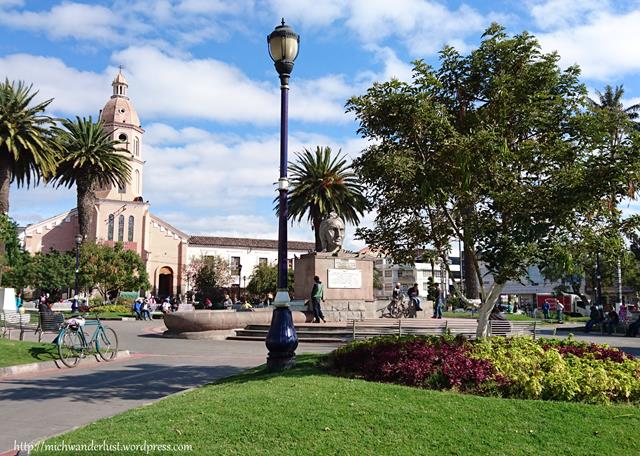 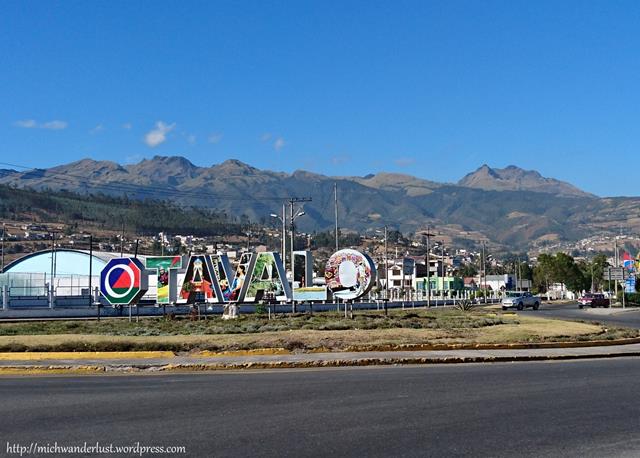 Otavalo is a small city about 2 hours by bus from Quito. It’s most famous for its Saturday indigenous market, but I’m here for an entire week – doing another intensive Spanish course, this time with Mundo Andino Spanish School.

Similar to the course with Yanapuma, I’m doing 4 hours a day of private classes followed by 2 hours of cultural activities, but it’s very flexible and tailored to what you want.

Getting from Quito to Otavalo

From the house, I took a taxi ($7, although my host family estimated it would cost about $10) to Quito’s Carcelen Terminal. The bus ticket cost $2.70 (not $2.50 as indicated in Lonely Planet) and buses depart every 15-20 minutes. Seats are assigned! The bus terminal is pretty big but I (discreetly) followed the person who bought a ticket directly after me.

Once on the bus, it actually took less than 2 hours to reach Otavalo. They played a movie on the bus which was unfortunately The Revenant (in Spanish) – not my cup of tea at all – but I managed to tune it out mostly. Some people got on the bus at various points to sell snacks, so you definitely won’t go hungry! 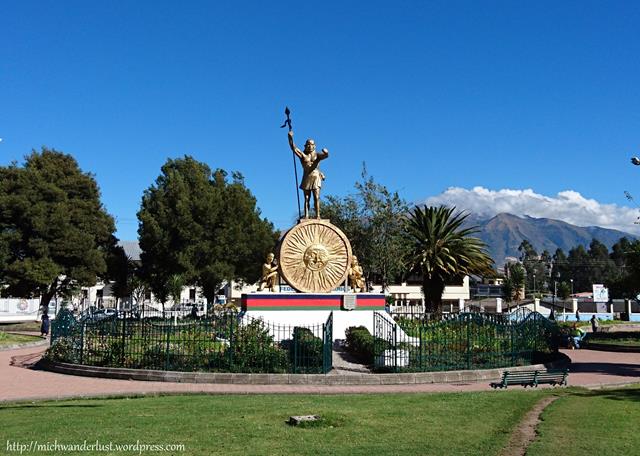 Chilling out with la familia

My host family here in Otavalo is super nice too. They’re a family of four, including a very energetic 5-year-old girl who always wants to play. Accordingly, that’s what I spent most of Sunday afternoon doing! It was a nice way to spend an afternoon and great Spanish practice, in any case! I attempted to teach her (with limited success) how to tie a bow.

They also have a little poodle who’s quite docile, considering some of the things the little girl does to him. I think The Dog would bite my face off if I tried those.

We went out for lunch at a Chinese restaurant on the day I arrived and they actually had chilli sauce! I remarked offhandedly that the chilli sauce was great but it needed a bit of garlic. The mother actually remembered that and gave me chilli sauce – with cut garlic – for dinner two nights later! That was so nice.

After having been in Quito, Otavalo seems pretty laid-back with much fewer people. That said, I wasn’t here for market day on Saturday and apparently there are lots more people then. 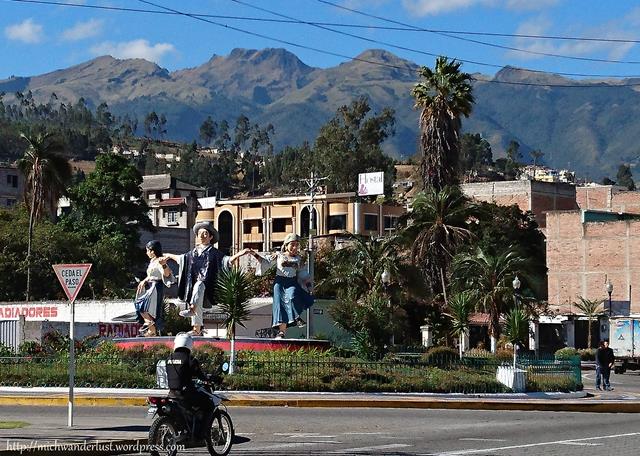 The main landmark is probably the Parque Simon Bolivar. I use this park to orientate myself. 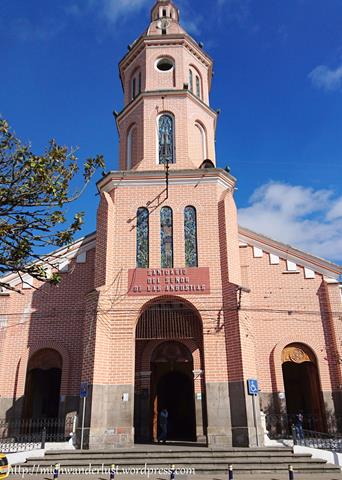 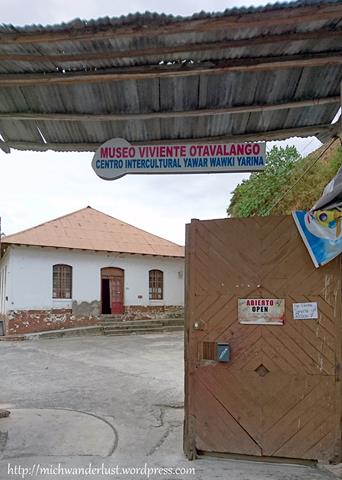 This museum is about a 5-minute taxi ride or a 20-minute walk from downtown Otavalo.  It’s located in a now-defunct textile factory which had depended for centuries on indigenous labourers. It’s now owned and run by a group of indigenous people. They do a nice tour of the factory (including its history) and introduce key aspects of their culture through the exhibits. 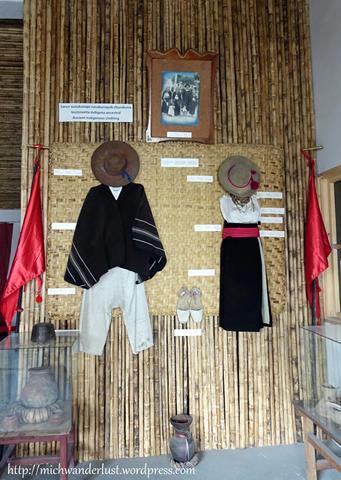 It seems many of the younger people (like our guide) don’t wear the traditional attire nowadays, except on special occasions. The men still generally wear their hair long, though – typically in braids. 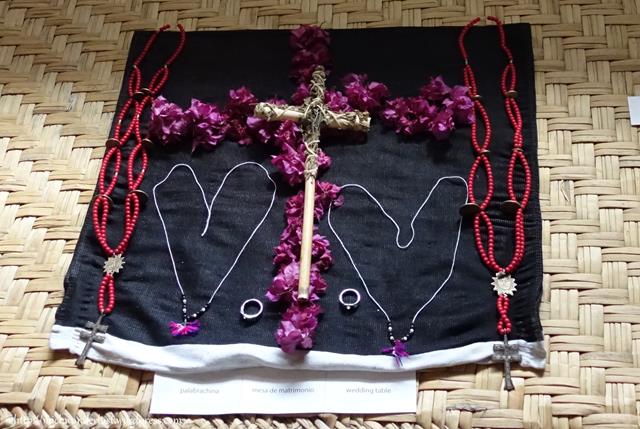 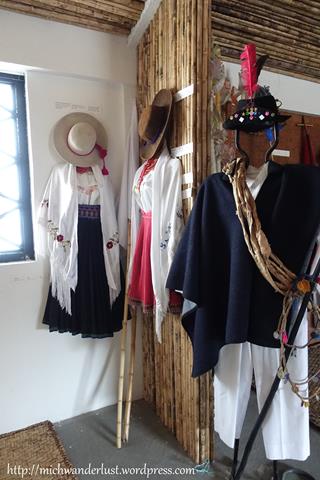 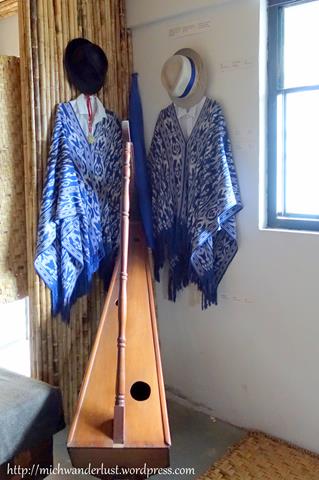 The display below was really interesting – it’s about an albino boy, born in the community of San Rafael, who was worshiped as a semi-god because he was so white and looked so different from everyone else. 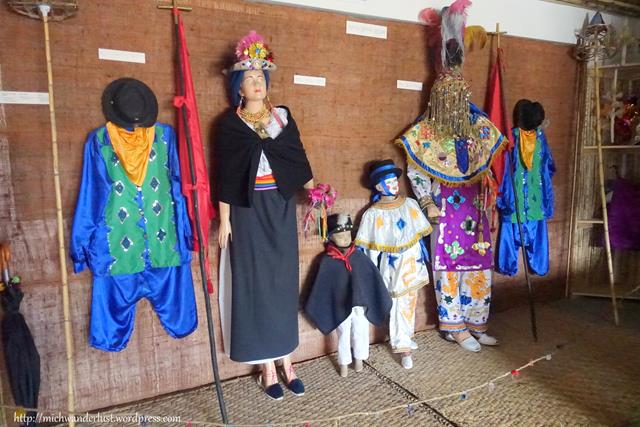 How to grind corn: 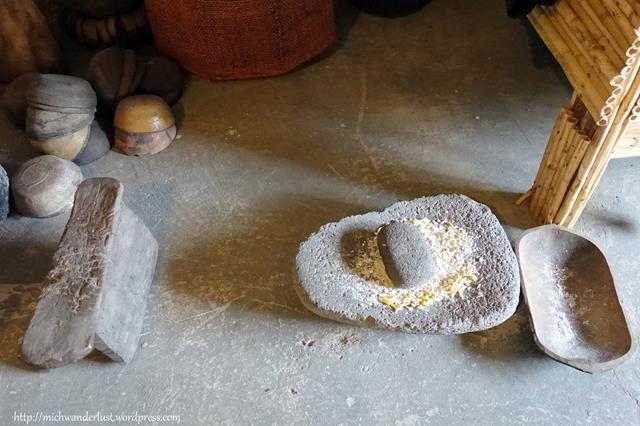 Below is the set-up for a shamanistic ritual for cleansing negative energy etc. If you want, you can pay a little extra and they will perform it on a volunteer in your group. 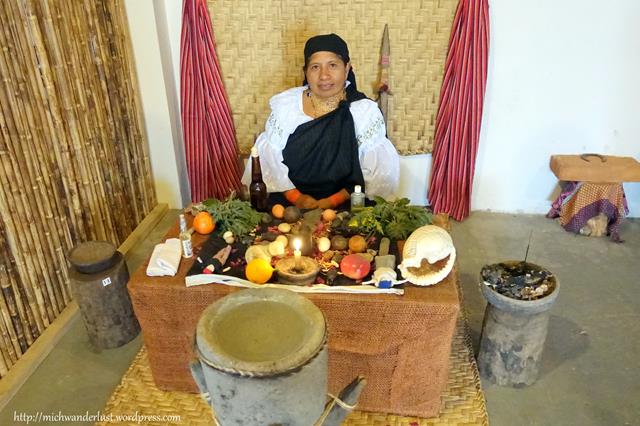 The workshop – they do everything from cleaning the wool (picking out the dirt by hand!), making it into a thread and weaving it to make scarves, blankets etc. 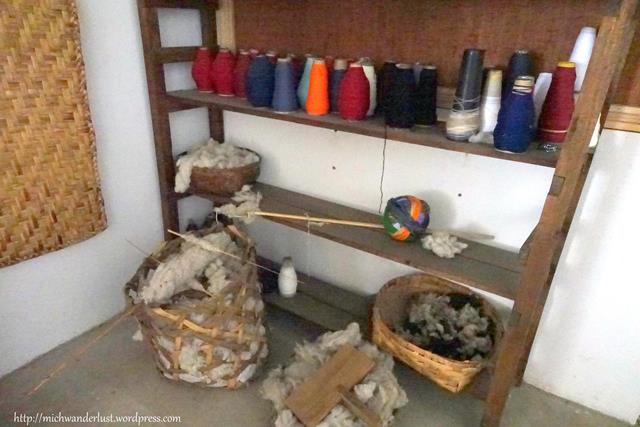 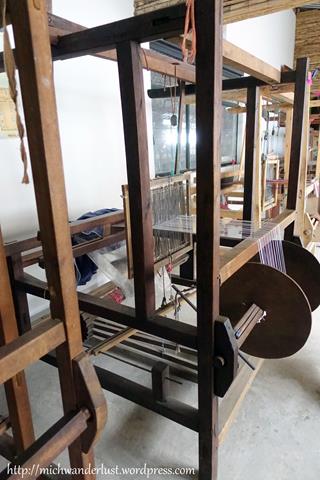 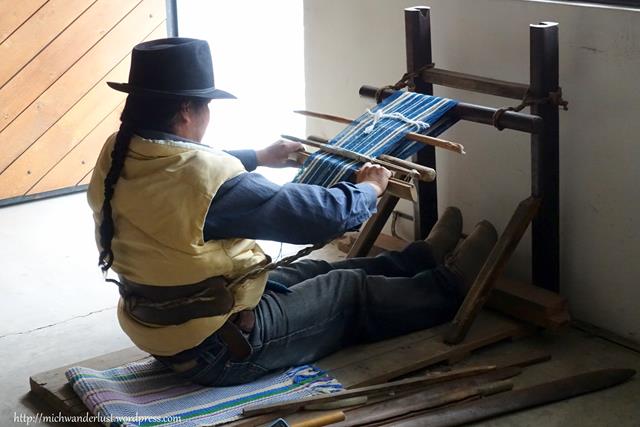 A little bag only costs about $5 and you can’t find this kind of stuff at the Saturday market. But why is that?

My teacher-guide explained that transportation of the goods to the market is an issue for them, as is the competition – the goods at the market are generally mass-produced and made from synthetic materials, so it’s hard for them to compete on price. 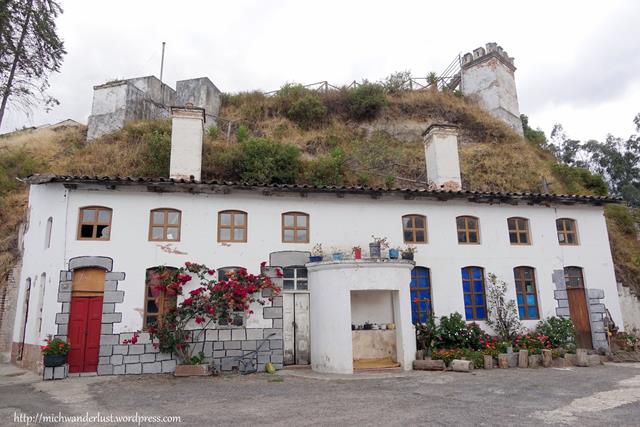 The most compelling part of my visit was undoubtedly the story of how the indigenous people came to own this property (you can also read about it on their website here).

It had been foreclosed and they were interested in bidding for the property for conservation purposes, but there were other potential bidders who were interested in redeveloping the land. In the end, though, no other bidders showed up at the auction.

Money was still an issue though. 20 families pitched in as much as they could for the down payment, but they still have to make monthly payments for the remainder of the purchase price, without any government support.

Their income is primarily from the admission fees and the goods they sell, but they don’t seem to have many visitors. I hadn’t seen any publicity for the museum either (although I’ve just been mainly relying on Lonely Planet). My teacher-guide explained that since they’re totally self-funded, they probably don’t have the money to invest in advertising and publicity. It’s a real pity though because it’s a really interesting museum and could definitely use more support.

It’s recommended that you call ahead to schedule a tour in English or a special demonstration. Admission is $5 for international tourists.

I’ve also made trips to the Peguche waterfall and other nearby places – more on that in a separate post.

So if you’re planning a trip to Otavalo, remember: there’s a lot more to Otavalo than just the Saturday market!

Daytrips from Otavalo – San Rafael and the Parque Condor – michwanderlust

[…] from Otavalo. It’s famous for its totora crafts. Incidentally, it’s also the community where the albino boy was born and they have an annual festival in his […]

[…] already spent a week in Otavalo prior to Intag, but my host family has relatives there – in fact, the dad works as a taxi […]

[…] idea of what it had to offer, but I had somewhere else in mind: I wanted to visit Museo Otavalango again and check out their little shop, as I hadn’t bought anything the first time I’d visited. I […]

[…] example, the excellent Museo Otavalango on indigenous culture is right in […]

Otavalo’s Hidden Gems (Part 3): Why you should visit this crumbling museum – michwanderlust

[…] Museo Otavalango is one of those places I returned to multiple times during my stay in Ecuador. I first went during my first week in Otavalo, as part of an intensive Spanish course at Mundo Andino Spanish School, and had a tour of the “living museum”. I then went back around Christmas to buy some gifts for my family back home. (The postage alone cost more than the gifts!) […]