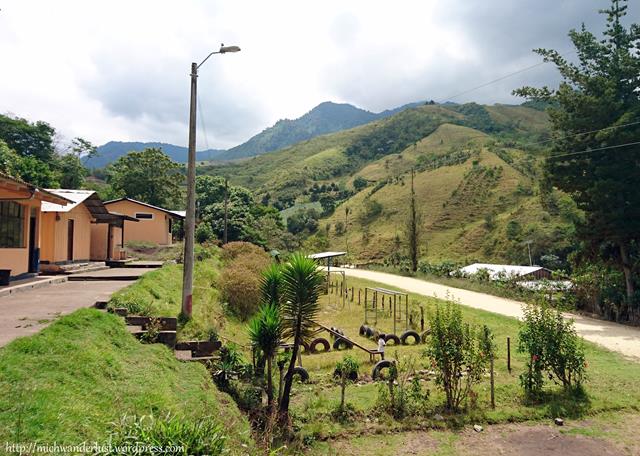 With roughly 3 weeks of teaching here under my belt, friends have been asking how it’s going. It’s hard to answer in a few lines over Whatsapp (and I really prefer typing with an actual keyboard), so I hope this (1000+ words) post adds some flavour!

The primary school has 27 kids spread across 7 grades and 1 teacher. I honestly have no idea how she does it.

There’s a separate classroom for English, which is nice. 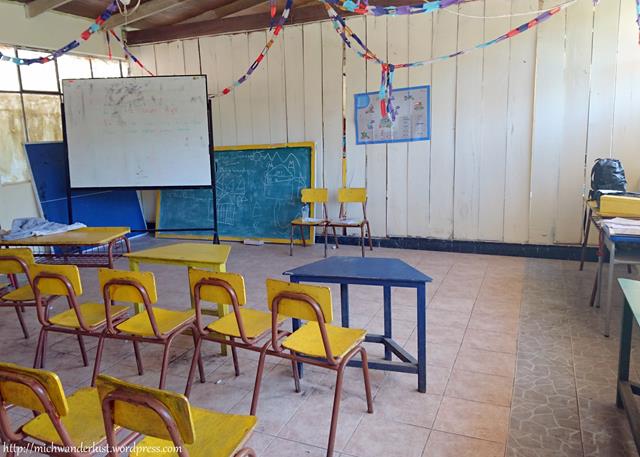 My (putative) schedule is:

As you can see, it’s quite intense, but I think I’m getting used to it!

I say “putative” because sometimes other things crop up and we don’t end up having lessons – e.g. one day there was a visit by a bishop, and half the previous day was spent cleaning the school and rehearsing the welcome for the bishop.

Breaks are always welcome for me, though!

The kids know very basic English – when I arrived, they generally knew some animals, colours, numbers and even fewer verbs (only in the infinitive and -ing forms) that’s about it.

They have notebooks for English lessons and I can see that they’ve learnt stuff from previous volunteers but for lack of practice or whatever reason, most of it has been forgotten. They only have English classes when there are volunteers around, so it’s extremely sporadic. It seems that on average they get volunteers once or twice a year.

(English is a mandatory subject in high school and university, though.)

For me, it’s challenging to work with the first and second graders because the former (all of 5 years old) can’t really read or write yet. They have minuscule attention spans, so we have a lot of games and songs and do a lot of not-really-English-related stuff like drawing. Suggestions very welcome!

The third and fourth graders are all boys, and some of them literally can’t sit still for more than a minute. They’re sweet kids, but it’s challenging sometimes to get them focused and on task. They also have very short attention spans.

The lowest point so far is probably one particular day where they got bored and started skipping rope in the classroom (without asking permission). I was fairly sanguine about taking a short break, but the regular teacher happened to see it, and as punishment they weren’t allowed to come for English class the next day. (Interestingly, she uses English classes as an incentive for good behaviour – misbehaving kids won’t be allowed to attend my classes.)

Since then, I’ve been stricter with them and am developing a number of classroom management techniques, including:

The upper grades are more well-behaved and have longer attention spans, so it gets easier as the day wears on. Apart from introducing more vocabulary, I’m also introducing some grammar. It’s quite difficult to communicate effectively without being able to string a sentence together, after all!

The first week or so, I was feeling somewhat overwhelmed by the above-mentioned challenges as well as the lack of resources (printing handouts is not an option), but as time goes on I’m feeling more and more comfortable and starting to get the hang of it – I think! I think they’re learning something (some more so than others, but what can you do), and that feels really rewarding. 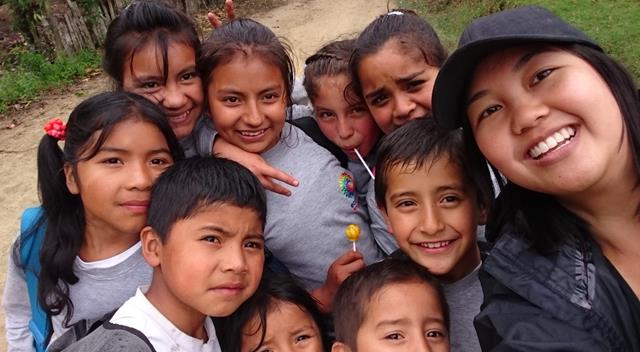 I put this in inverted brackets because there is no curriculum I have to follow (as far as I can tell) – I have complete liberty to teach them whatever I want. So far, I’ve looked at:

Of course, the younger kids have looked at fewer topics than the older ones.

I also plan to try Back to the Board, musical chairs, Pictionary, word searches and crossword puzzles. As always, suggestions are most welcome! 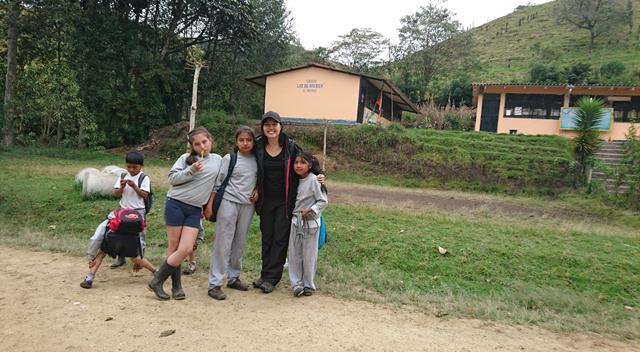 Is CELTA coming in useful?

Fellow CELTA alumni will know that it’s a really, really tough Cambridge-accredited TEFL (Teaching English as a Foreign Language) course. We learned a lot in a very intense four-week period.

I haven’t planned lessons in as much detail as I did during CELTA, and certain things are currently impossible (is freer practice possible without being able to string sentences together? and let’s not talk about skills lessons), but it’s a great frame of reference to have. An ideal lesson framework I can hold on and aspire to.

I’m very conscious of the gap between what I should be doing and what I’m currently doing, and I think that’s good – right?

School begins again tomorrow, after a one-week break. Time to get this show on the road (again)!

[…] I mentioned previously, I’ve been helping out with some farming in addition to teaching at the local primary school. I use “helping out” very loosely, though, because I’m […]