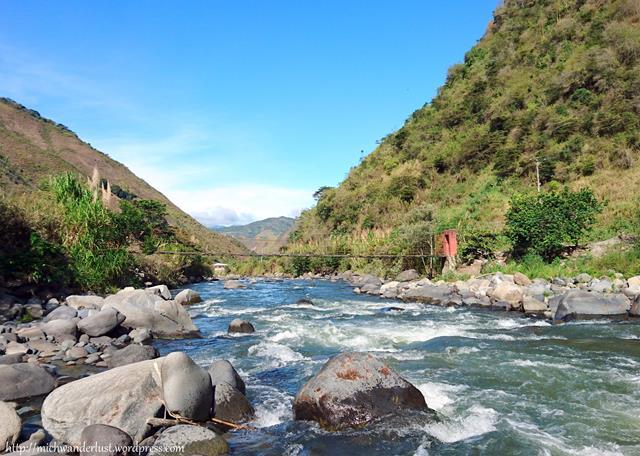 Although  my host family lives in Rosario, the mother (Rosa) isn’t actually from this area. She grew up in another parish, Apuela, which is about 1 hour away by bus, and her parents and many siblings still live there.

As a result, I’ve visited them with the family a couple of times over the weekends and the view from her parents’ house blows me away each time. 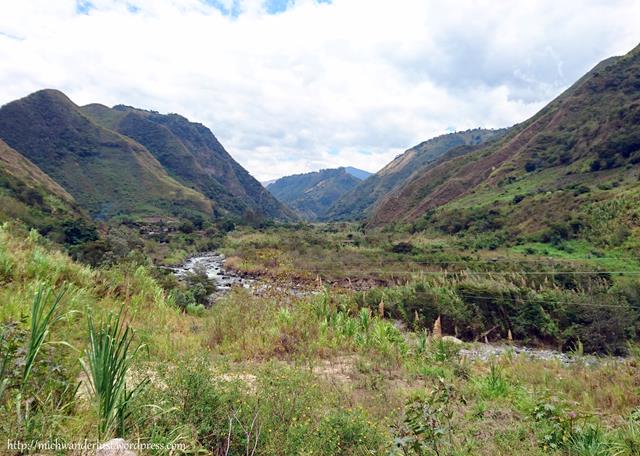 They live in a community about 10 minutes’ drive from the village of Apuela. It’s at a lower altitude than Rosario so it’s slightly warmer. Just walking along the road, you can see the majestic Intag River weaving in between the mountains.

I don’t think I’d ever tire of this view. 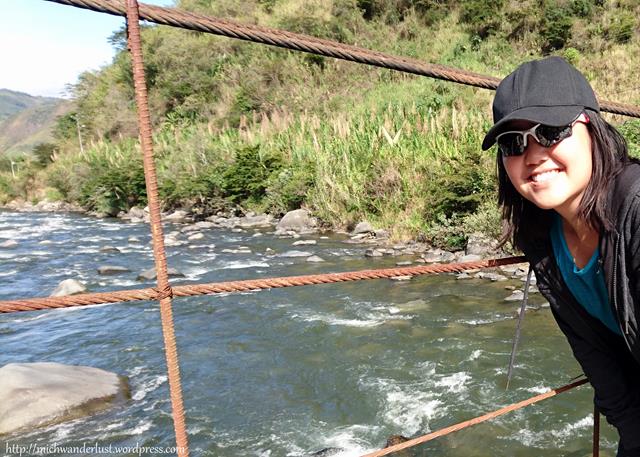 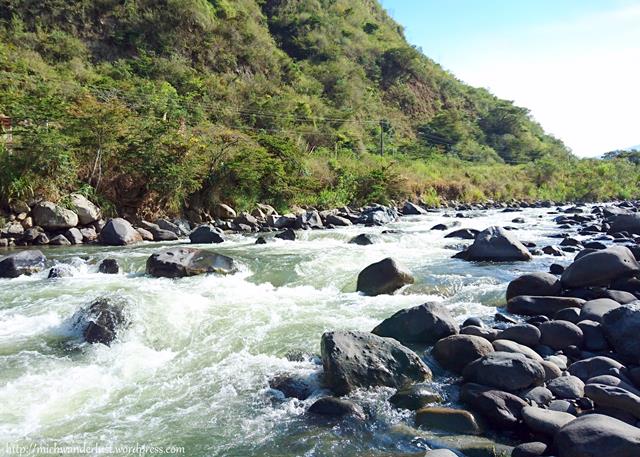 The boys like to fish in the river near their grandparents’ house. 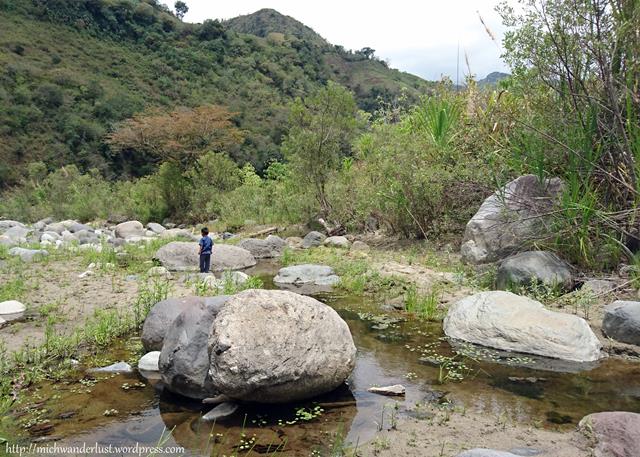 Personally, I don’t like it because I feel sorry for the fish, and they inevitably die within a day or two of being caught, but there’s not much I can say.

The other thing I really like about her parents’ house is the fact that they have a lot of dogs (and one cat). 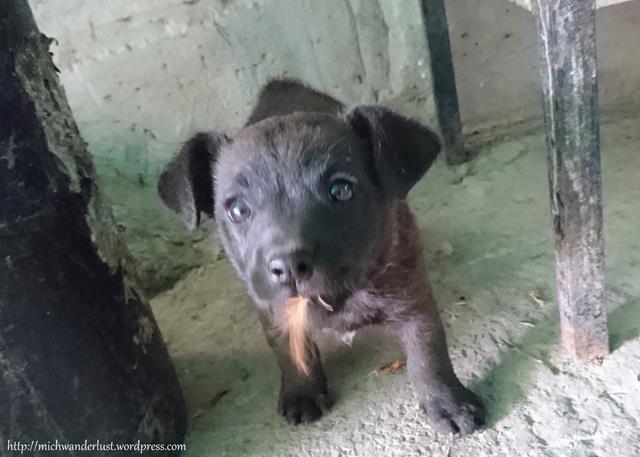 This tiny puppy was the smallest. He kept trying to hide from us but without much success! We eventually brought him home with us because Rosa wanted to have another dog around – I’ve mentioned him before. He’s now slightly bigger, no longer afraid of us, and one of the best parts about my day-to-day life here.

Apart from her parents’ house, I’ve also visited some of her siblings’ houses  – they generally live within walking distance from each other. 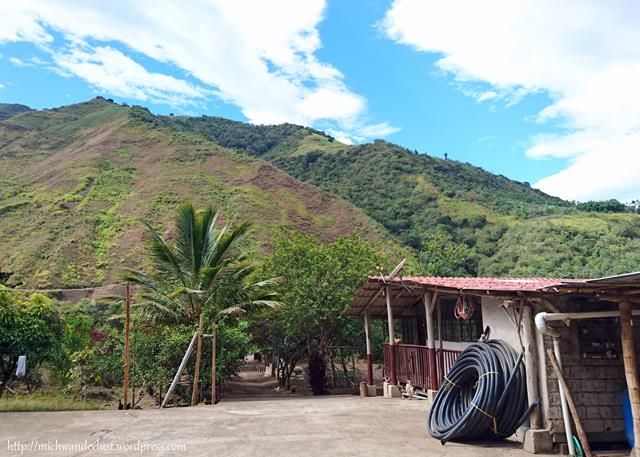 This picture really doesn’t do justice to the beauty of the surroundings. 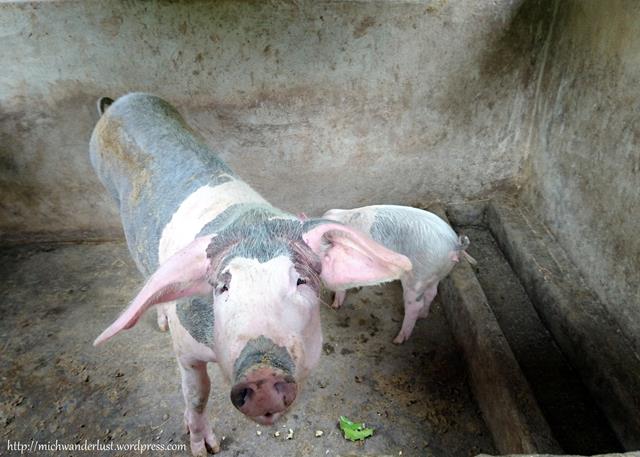 I thought this pig was humongous when I first saw it, but a little further down the row there was an even bigger pig!

It was so funny when the pigs from one pen down kept popping their heads over the wall, as if to say “don’t forget about me!” 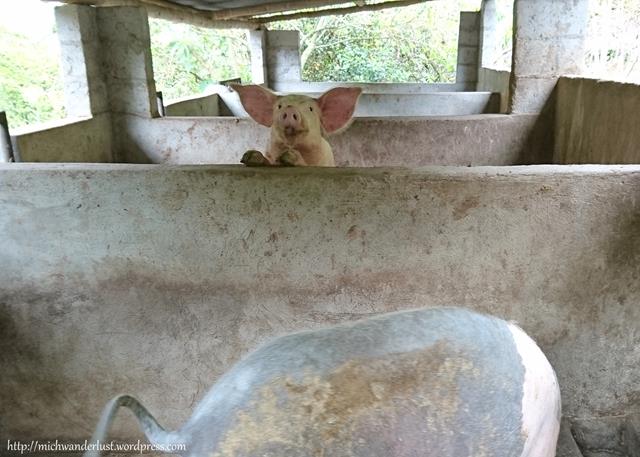 This particular sister’s farm also has a fruit which looks deceptively like a mandarin orange, but is super sour. It’s apparently called a mandarin lemon or something like that. They eat it with salt. I tried to eat one plain but it was really too sour!

Another sister has a chicken farm – I don’t think I’ve ever seen so many chickens at once! 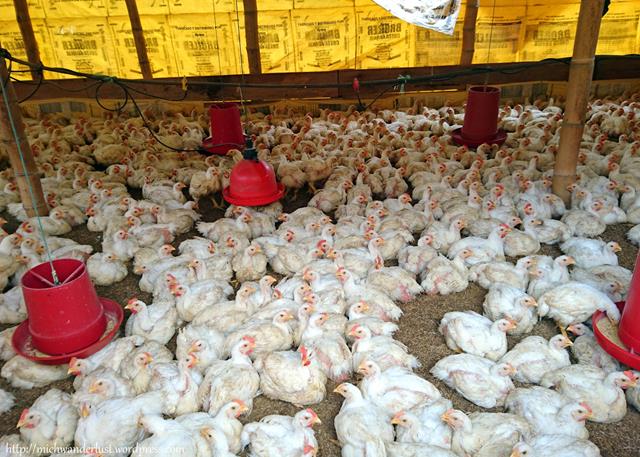 My host family has chickens too, but they’re the epitome of free-range. They run about freely, roost in trees and lay eggs wherever they want. I’ve been on a few egg-hunting expeditions, which involved crossing ditches, climbing steep slopes (and nearly slipping more than a few times) and looking in every patch of tall grass. All for 2 or 3 eggs!

The hot spring pools of Nangulvi

In the community of Nangulvi, about a 40-minute walk from Rosa’s parents’ house, are the hot spring pools. There are about 5 pools, with varying water temperatures. I don’t care for cold (or even lukwarm) water, but soaking in the hot water is pretty blissful. 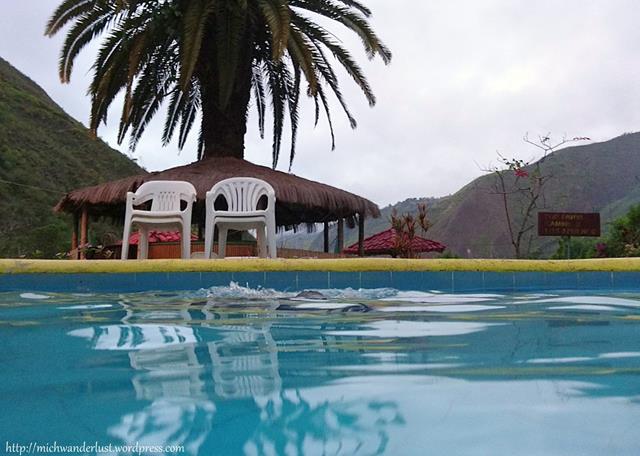 They say the hot water comes from nearby hot springs and is very rich in minerals. It supposedly can help cure a number of ailments too.

I don’t know about that, but I do know that it’s best to go either early in the morning (it opens at 7am) or late in the afternoon (once I stayed until about 8pm!) when it’s cooler out. The water is so warm that you don’t feel the cold air at all.

It’s kind of like being in a Japanese onsen, but the water is not as hot, which means that you can stay for hours and hours (which is what we did). And if you overheat and want to cool off, you can always jump in one of the cooler pools – the water there can be quite chilly!

However, in the middle of the day, it gets really hot and it’s really not that fun to soak in a hot pool then.

The pools are a hot favourite among people here – I’ve been there three or four times already with the family and have met people from as far away as Otavalo and Cotacachi here. The family from Cotacachi was particularly sweet and gave us a lift in their car all the way to Rosa’s parents’ house, saving us a 40-minute walk!

The village of Apuela itself is like Cuellaje – it seems very quiet most of the week (I couldn’t even find an internet cafe that was open on a Saturday afternoon) but on Sundays there’s a market and many more people around. 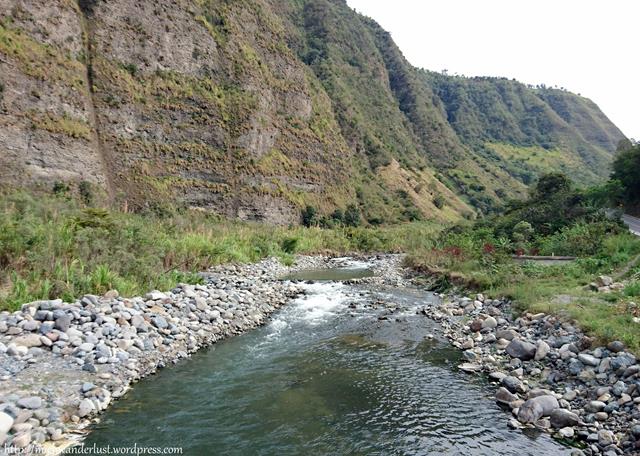