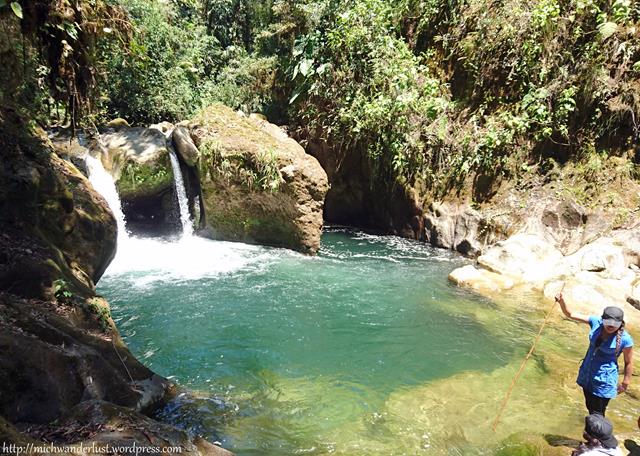 Barely 2 weeks after leaving Otavalo at the end of the school vacation, I was back in Otavalo again – this time for the birthday party of one of Rosa’s nieces.

It was pretty similar to a typical birthday party for kids back in Singapore: lots of food, a birthday cake, some games. One thing that was different was the piñata! 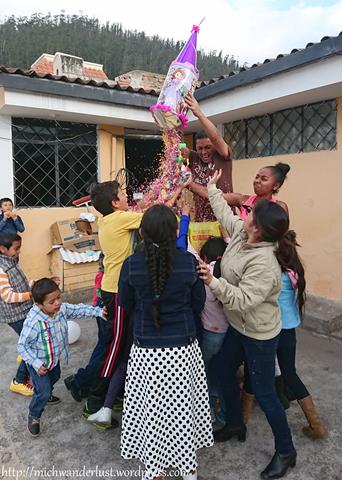 I thought they would whack it until it broke (like I’ve seen in pictures), but they simply tore open the bottom and all the confetti and candy came tumbling out. As you can imagine, there was a mad scramble among the kids to get to the candy!

I had noodles with chopped vegetables and meat – it was alright, but I added lots of chilli sauce. It was like HK-style food (but more bland). I spoke to the waitress, who is fluent in Mandarin, Cantonese, Spanish, and probably can speak English too. She said she’s lived in Ecuador for many years.

No pictures, unfortunately, but it was a great peek into Ecuadorean customs!  As you probably know, the vast majority of the people here are Catholic, so baptisms are a big thing. The entire family (and me) trooped down to Quito from Otavalo for the baptism of one of their nieces.

There were about 7 or 8 kids getting baptised during that day’s Mass, as well as a wedding ceremony! The wedding bit took about 10 minutes, at the most, which was amazing. New wedding planning goals.

After that, we adjourned for the dinner / afterparty, which involved a lot of food (proper food – soup, rice, chicken etc.), alcohol and dancing. There was a DJ and they had lights set up so that when they turned off the main lights, it looked like a club. One really remarkable thing about Ecuador (and perhaps Latin America in general – I wouldn’t know) is that literally everyone can dance. It’s a great way to burn off all that food, no doubt.

I danced with the extended family members until about midnight, at which point I was exhausted and just went to bed. Some of them danced until 3am, though!

You know you’re living in an earthquake-prone country when they have earthquake drills in school. As the “official” photographer of the event (meaning the teacher asked me to help take pictures), I didn’t actually take part in the drill though.

Step 1: take shelter under desks or whatever is available. 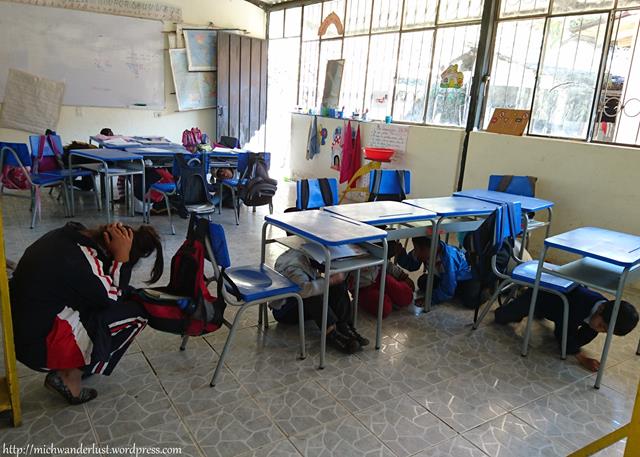 Step 2: once it’s safe to do so, make your way to higher ground (in this case, a hill behind the school). 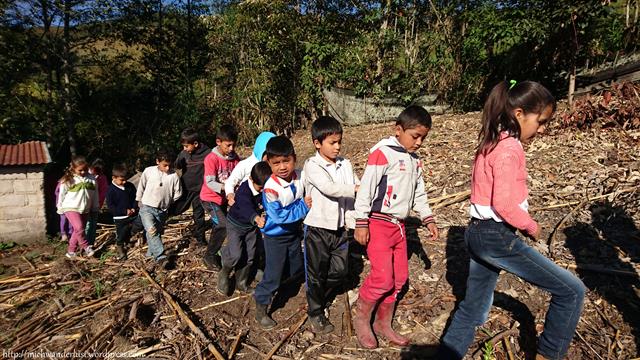 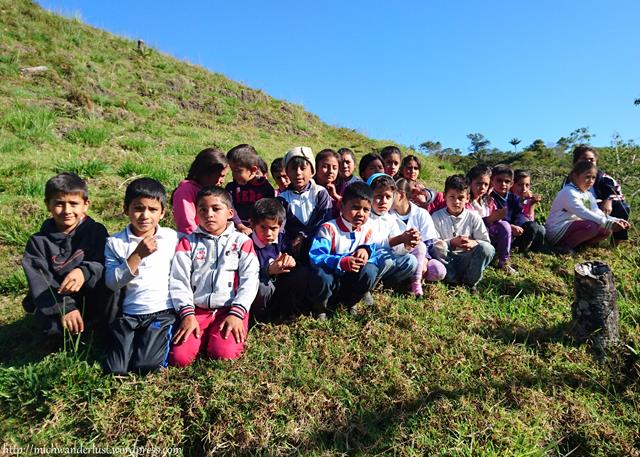 I hope they never have to do this in a real-life situation!

Day of the Dead

In Ecuador, the Day of the Dead is celebrated on 2 November. This year, it fell on a Wednesday and there was no school from Wednesday to Friday, so we went to Apuela and stayed with Rosa’s parents for a few days. 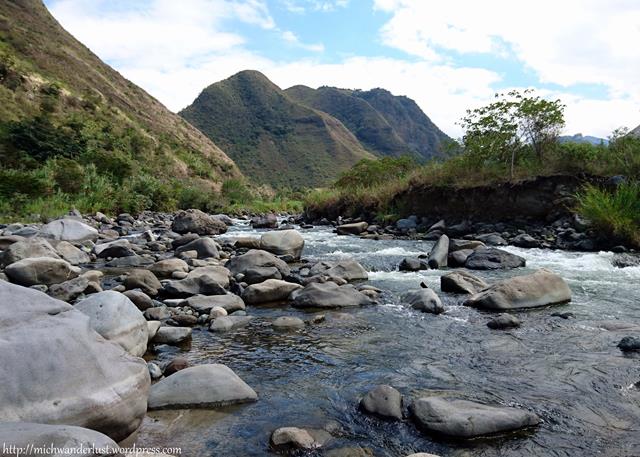 The Ecuadorean version of this festival is quite different from its famous Mexican counterpart!

The mestizos (people of mixed Spanish and indigenous heritage) go to the cemetery, where Mass is held, to remember the dead. It’s a fairly somber occasion, although I’m told that it’s a much more joyous occasion for indigenous people, who bring food and drink to the cemetery to share with their departed loved ones.

I didn’t feel it was appropriate to take pictures of the cemetery itself, but here is the view from the cemetery. 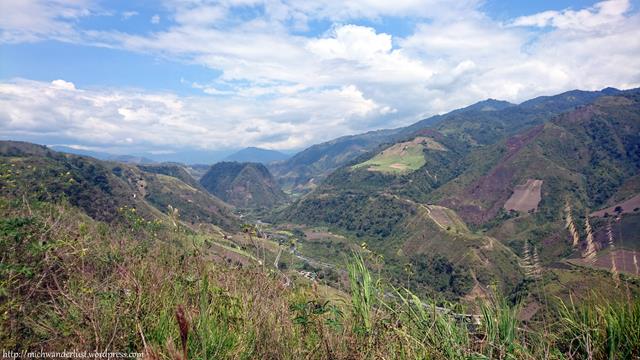 If you look closely, you can see the Intag River running far below. The cemetery is pretty high up. Just thankful that we didn’t hike there!

They also have a tradition of making bread and colada morada (a very thick drink made with tons of sugar and fruit: blackberries, pineapples, strawberries, apples, etc.) during this festival. 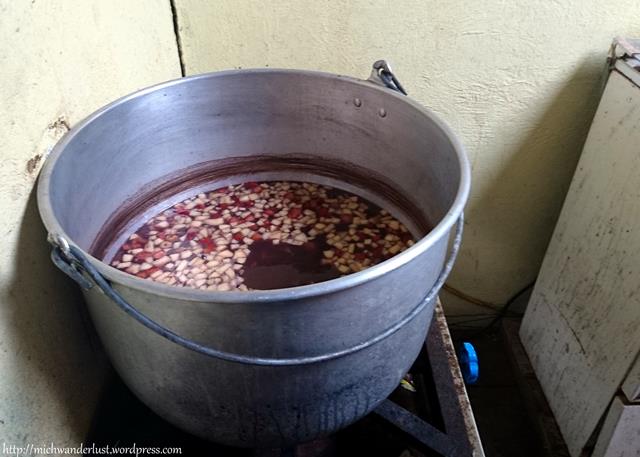 Unfortunately, I forgot to take pictures of the final product! I had this drink on three different occasions and it’s delicious (almost like mulled wine, without the alcohol), but it’s so sweet that you pretty much need to eat it with bread.

We made two types of bread: sweet and savoury. I helped to make the sweet bread dough! They basically poured the ingredients into the basin (it was that much dough) and I mixed them together and then kneaded the dough. I don’t know how they did it without measuring anything, but the bread turned just fine.

First time ever making bread – I never knew that kneading dough was such a workout! 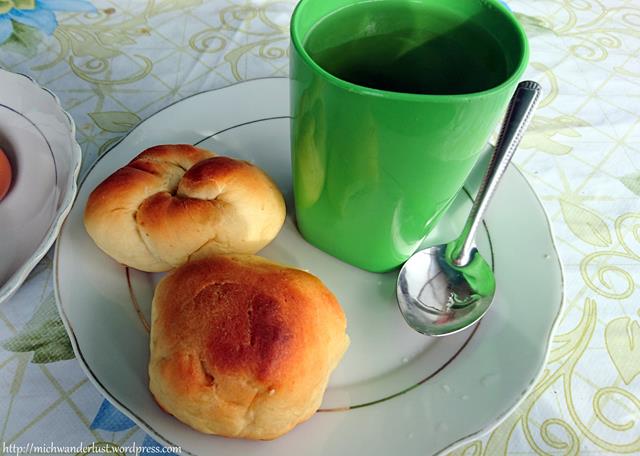 I also learnt how to make bread with little twists in them like the one above! It’s really fun.

My last little adventure in Intag before leaving to extend my visa in Quito. 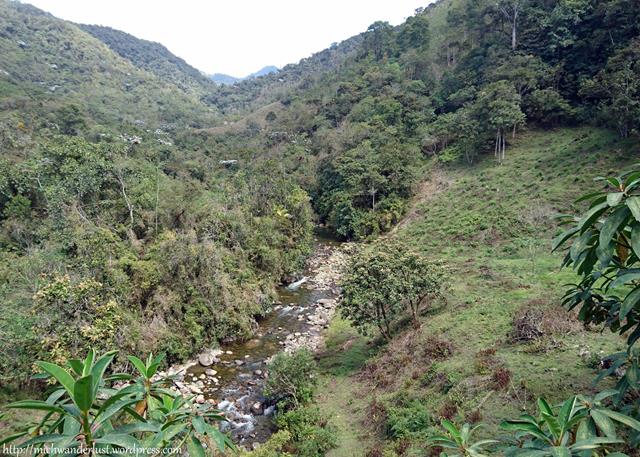 I went with some of the younger members of the extended family to another waterfall. This one was slightly easier to get to, provided that you don’t mind getting wet. It basically involved wading upriver until we reached the waterfall. 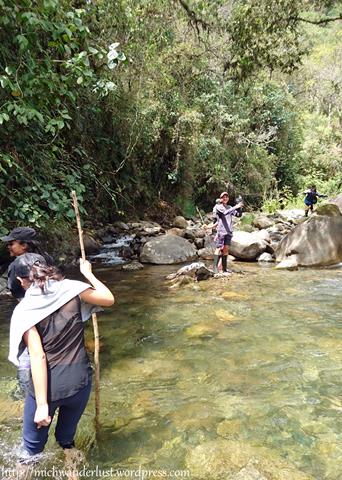 I slipped and fell a couple of times (would have been more if I hadn’t had a stick!), but it was totally worth it.

We swam near the waterfalls for a bit, although the water was so cold that it took every bit of my self-will and determination! It does get better once you’re completely immersed in the water, but I definitely wouldn’t attempt this on a cloudy or rainy day!

Just another of those days that made me realise, again: you’re stronger than you think you are.

Quito again (and a bit of Otavalo) – michwanderlust

[…] after the Day of the Dead celebrations, I packed my bags for Quito. My 3-month tourist visa was almost up and I was heading to the […]