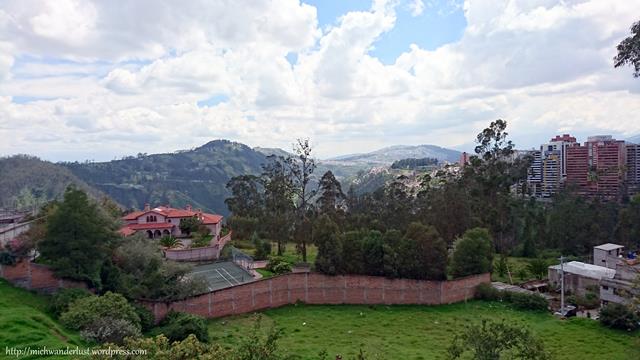 Following my horseback riding day trip to the Pululahua volcano crater, I had an entire weekend to kill in Quito and spent most of it hanging out with my friend Linda and some of her other friends. It’s amazing how I’ve spent almost 2 weeks in Quito (in total) since coming to Ecuador, and haven’t run out of things to do yet!

But first, I had to see to my visa.

Visit to the immigration office – again

I kickstarted Saturday much the same way I’d started the previous Monday – with an early morning trip to the immigration office. I thought I’d escape the crowds by going bright and early at 7am, but the Trole bus was as full as it had been on that Monday morning!

I arrived at about 7.50am and spent the next 1.5 hours waiting in various queues, just to make the second payment (US$400) for the visa. The application itself cost US$50, so in total getting my 6-month tourist visa extension cost US$450. I felt very poor after that!

It didn’t help that they only accept cash – but no $100 notes either. I had to break my $100 note with a man outside (the same man who sells practically all the bits and bobs you need for visa applications) but this cost me $5.

For those who are interested in the nuts and bolts of the visa extension process, check out my guest post on Cloud Forest Adventure‘s blog (the organisation I’ve been volunteering with).

Hiking and picnicking at Parque Metropolitano

After unwinding over a nice leisurely breakfast (US$2.50) near my hotel consisting of a cheese sandwich, papaya juice, and 2 scrambled eggs with tomato, I headed to the La Mariscal area again to meet Linda.

We picked up food for lunch at the biggest supermarket I’ve seen since arriving in Ecuador – I could have wandered those aisles for hours without getting bored! Fittingly, it’s called SuperMaxi, but she tells me there’s an even bigger one further north called MegaMaxi. Also fittingly, it’s relatively pricey, but what can you do?

I picked up a little pot of yoghurt that came with cereal, oritos (a type of small sweet banana), mandarin oranges and granadillas (one of the many fruits I’ve never seen outside of Ecuador – a relative of the passionfruit and very yummy, although some other travellers I’ve met find them disturbing).

We took the Ecovia bus to the Parque Metropolitano, further north from La Mariscal. It’s quite an uphill trek from the bus stop to the park! It took us about 20 minutes, but we’re not the fittest people around. By the time we arrived, I was in dire need of some refreshment. Thankfully, there was a little shop selling drinks and snacks. 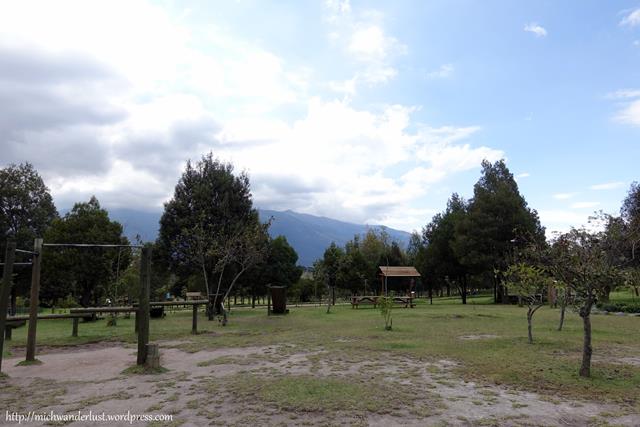 We had lunch at what seems to be a picnic area – wooden tables and benches helpfully shaded by umbrellas, before attempting one of the hiking routes. There are a number of maps around the park and the routes are signposted using coloured markers.

We chose the blue route (9km), but didn’t get very far because it was about to rain. Nevertheless, we did see some amazing views of Quito. 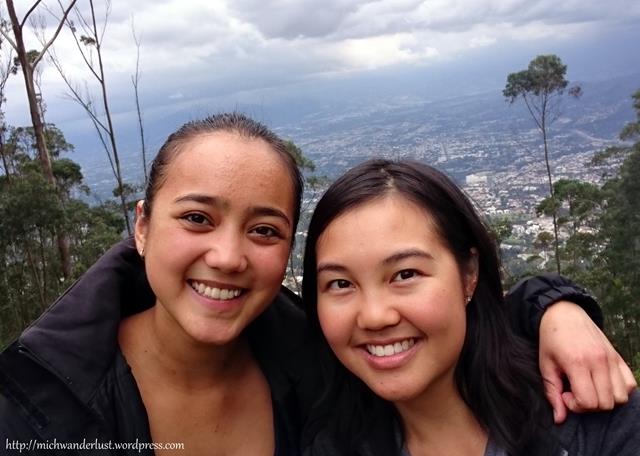 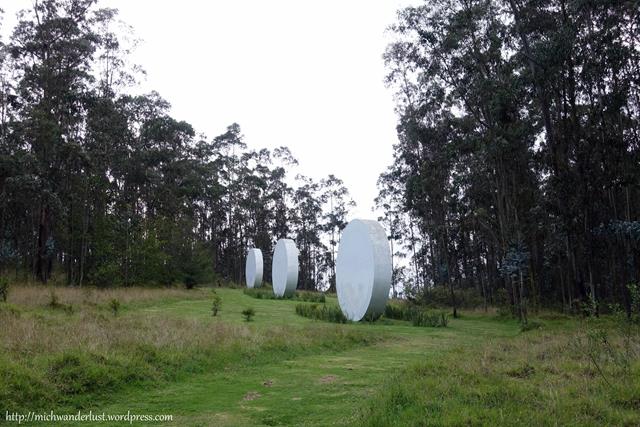 These circular sculptures (above) mystified us. Were they supposed to be some kind of art exhibit? Some kind of sun dial, perhaps? Why wasn’t there any explanatory sign? 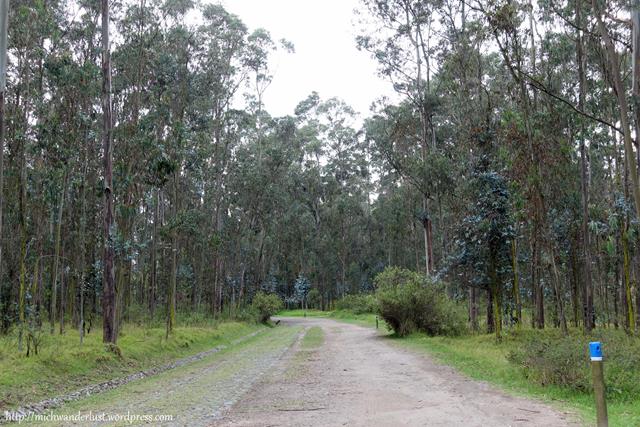 These are all eucalyptus trees – if you breathe in deeply, the smell fills your lungs. It’s very refreshing. 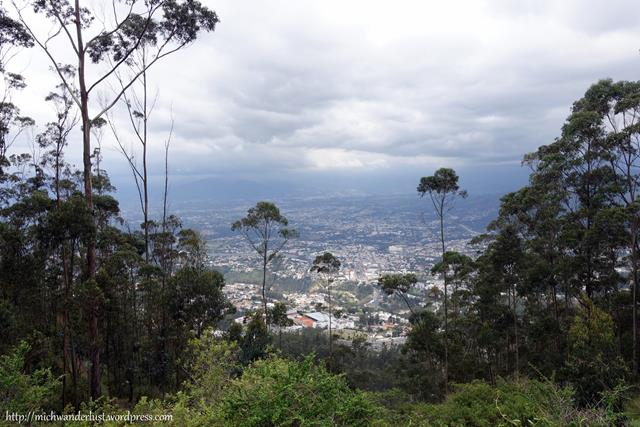 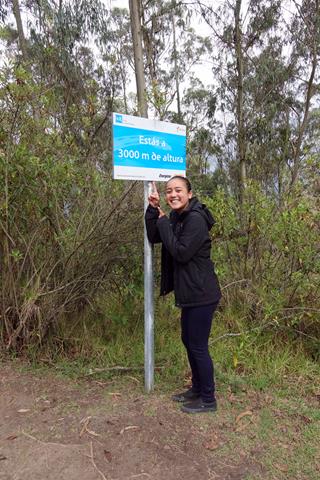 When we came across this sign saying that we were at an altitude of 3000m, our reaction was one of disbelief. It felt much higher than that! (Again, probably due to our fitness level – or lack thereof.)

It’s easy to forget you’re in the city when you’re wandering around the park. That’s one of the things I liked most about it. It feels like unfinished business, though. The next time I’m in Quito, finishing that blue route will be one of my priorities!

I’d already visited this once before, but it was so good that I didn’t mind going again with Linda and a few of her friends that Sunday – even if the $8 admission is relatively steep!

This time we did it in reverse order from the previous time – Guayasamin’s house first and then the museum. I think going to the museum first helps give you a sense of who the man was and what he did (if you were previously unaware, like me) and thus helps you appreciate the house better, though. 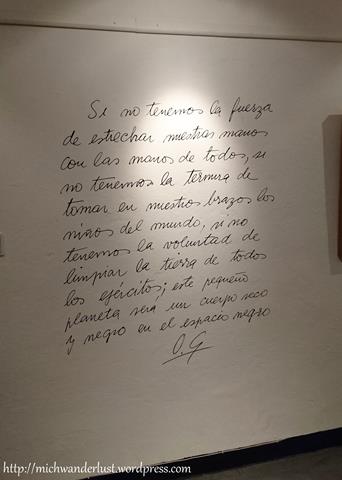 View from the house (the cone-shaped structure is the museum): 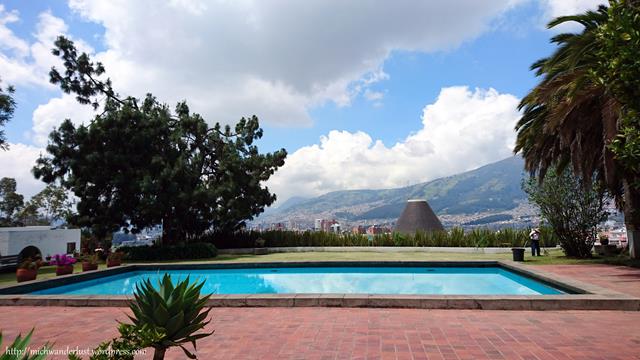 View of the house and grounds – doesn’t that pool look inviting? 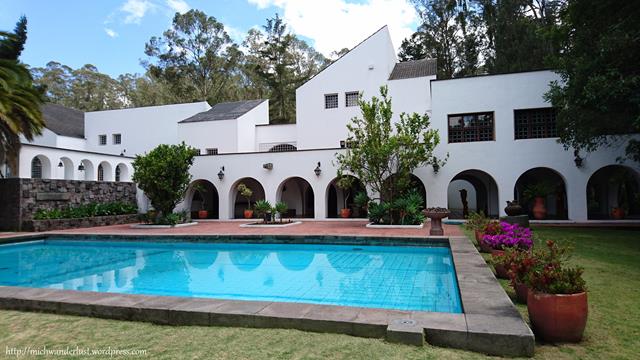 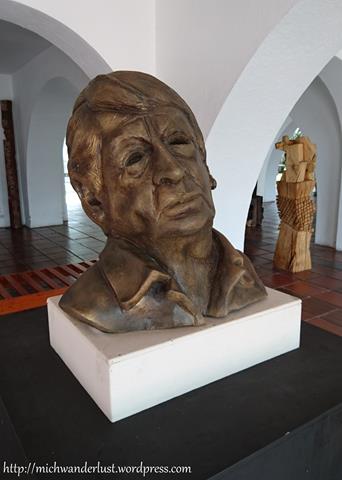 The Tree of Life, under which his ashes and those of his best friend are buried: 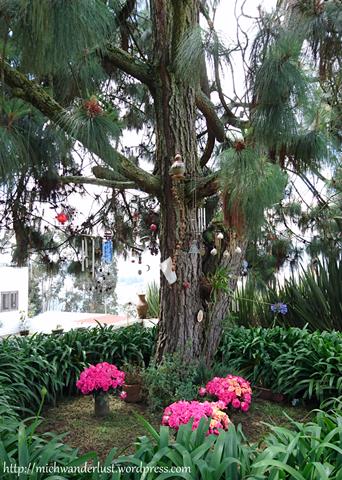 It’s a shame that pictures aren’t allowed inside the museum, but the guided tour is really good. They explain almost every painting and I realised that even though I’d just visited 3 months ago, I’d already forgotten many of the paintings. That’s what happens with a memory like me when I’m not allowed to take pictures! You can always buy prints from the museum shop though. 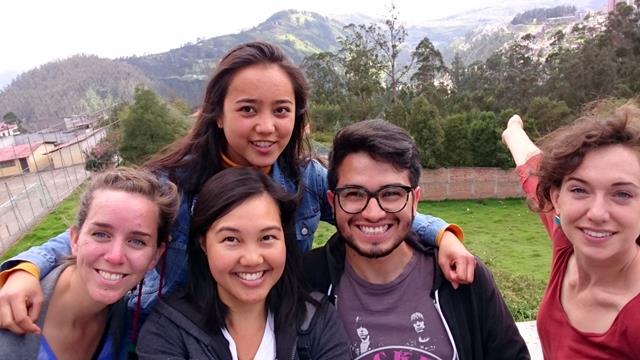 Companions for the day – a very international group, with German, Dutch, Colombian, US and (of course) Singaporean representation! Definitely one of my favourite things about traveling solo is that it’s so much easier to meet people from different countries – you’re practically forced to if you want to have any meaningful human interaction.

I recommend taking a cab to the museum if you’re not familiar with the local buses that go all the way up there. We took the Ecovia bus to the Bellavista stop and then cabbed up the hill, which cost around $2.

Somehow, although this is one of Quito’s most famous landmarks and I always use it to orientate myself, I’d never got around to actually visiting it – until that Sunday!

As we’d been advised not to attempt walking up the hill due to safety issues, we cabbed up the hill from the Plaza Grande area – a short ride of about 5 minutes. You’re treated to nice views of Quito from the top of the hill. 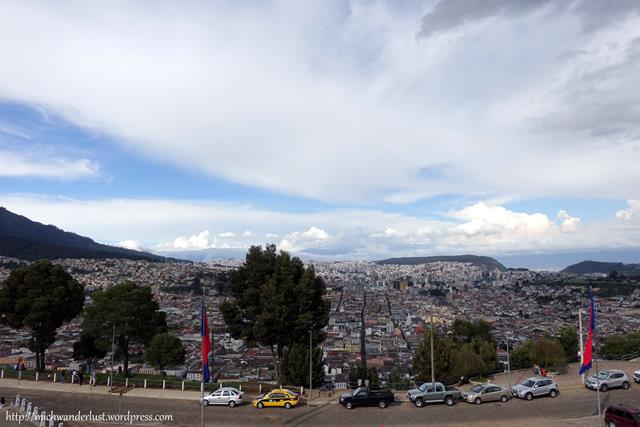 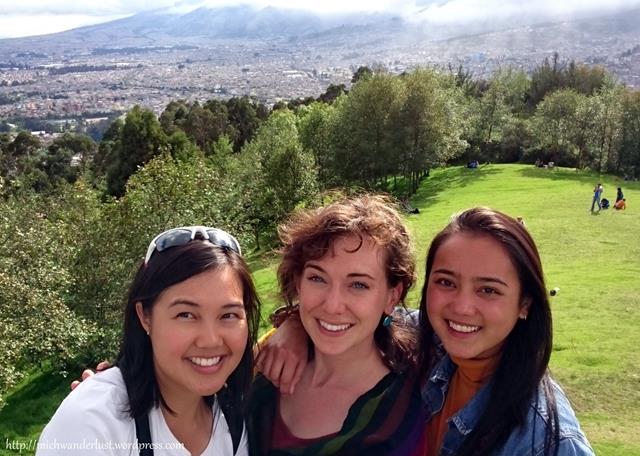 You can go inside the tower and climb up for an admission fee of $1. It’s a nice little museum inside explaining the history and construction of the statue, and a plaque outside explains that the statue represents the Woman of the Apocalypse from the book of Revelation.

Trying to take pictures of the statue from up close is much more difficult, however! My rather uninspiring results: 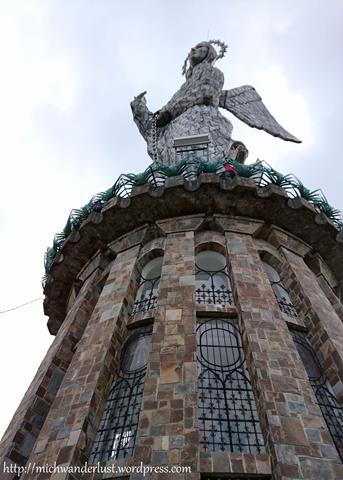 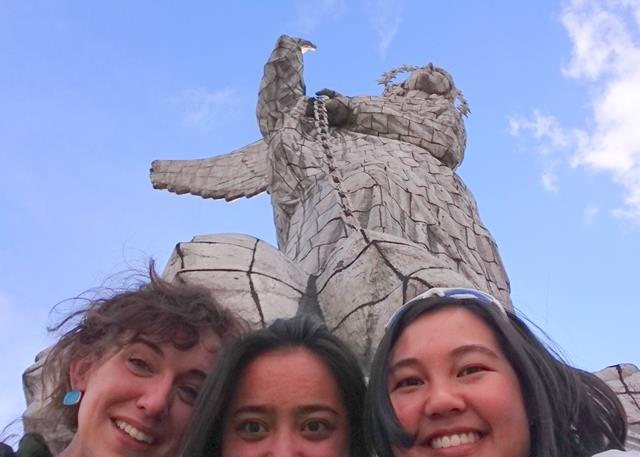 Well, at least you get nice photos of Quito from that vantage point! 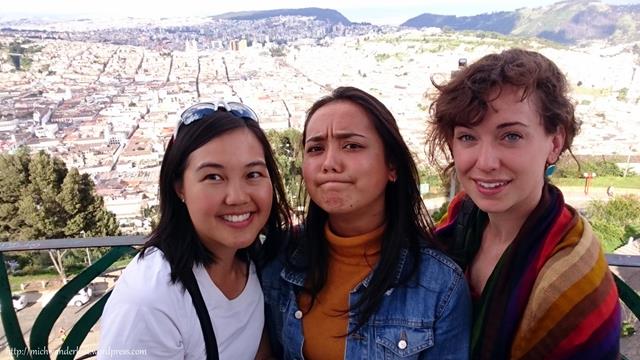 Our trip to El Panecillo ended on a slightly sour note – the cab driver who took us back down the hill charged us $7 for a ride to the Parque El Ejido, which feels exorbitant. It’s partly our fault because we didn’t insist that he put the meter on and neither did we agree on the price before getting in. Well – you live, you learn. Hopefully.

Hosteling for the first time ever – the Good, the Bad, and the Ugly – michwanderlust

[…] here’s what happened prior to that: after an exciting (and tiring) weekend, I finally collected my visa on Monday. Now I can legally stay in Ecuador until […]

[…] to be unsafe. Ask your hotel/hostel/local friends about this. E.g. in Quito, the area south of El Panecillo is known to be a bit seedy. Trust your gut. If it feels dodgy to you, get out of […]