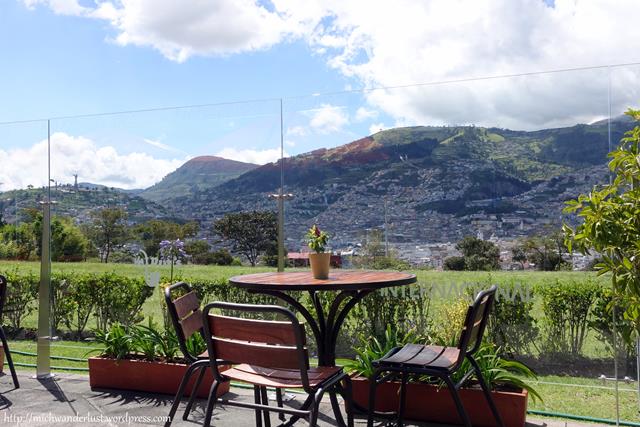 I’ll always remember my last few days in Quito (this time round) for my first hostel experiences and bed bug scares. Who would’ve thought that this milestone would be marred by (apparent) bed bugs in a Quito hostel?

But here’s what happened prior to that: after an exciting (and tiring) weekend, I finally collected my visa on Monday. Now I can legally stay in Ecuador until May!

Entrance is free (yay) and the building itself is lovely but there wasn’t much to see when I was there.

There was a new Galapagos exhibition going up the next day though. That would have been interesting, I think!

Warning: this is a steep uphill climb with a lot of stairs. But on the bright side – it left me feeling triumphant at the top. You can also take a cab up, of course.

But if you’re feeling adventurous and/or in need of some exercise (I feel ya!), just head east on the street Elizalde. Keep climbing the stairs until you come to a brown sign saying “Parque Itchimbia”. Then follow the right turn on the road, which will take you to the park entrance within a few minutes.

Much like Parque Metropolitano, you’re rewarded with great views over the city.

Being extremely tired out from my climb up to the park, I treated myself to a guava milkshake at Pim’s. It’s a rather posh restaurant chain where you can enjoy the view.

As someone who grew up with late 90s/early 00s music, I also loved the music selection: Iris (Goo Goo Dolls), Sunny Came Home (Shawn Colvin), Careless Whisper (George Michael), Here Without You (Three Doors Down) – just to name a few. Definitely a place I’d consider coming back to if I felt like splurging.

I had a late lunch/early dinner at one of the few vegetarian places I’ve come across in Quito – El Maple, near Plaza Foch in La Mariscal.

It was a bit pricey (but the Plaza Foch area is pretty expensive anyway). But portion sizes were unexpectedly large, so it’s good to go on an empty stomach. Just don’t over-order, like I did!

Papas bravas from El Maple: they were really good, but I couldn’t finish more than half of it! Definitely a dish for sharing. 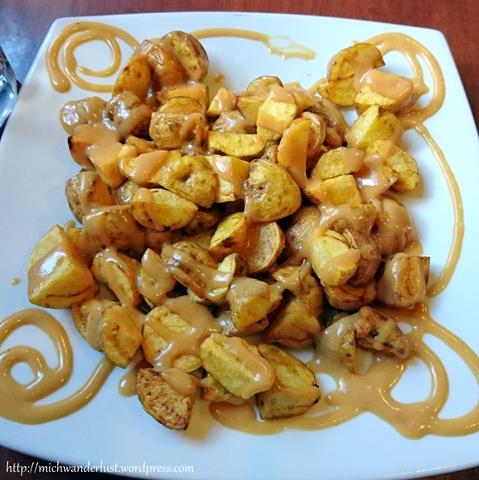 My first hostel… ever!

That night I’d booked a stay in Vibes Hostel. (I’d been staying in the Centro Historico, but had decided to move to the Plaza Foch area as I had an 8.45am pickup there the next day for my 2-day horseback riding expedition.)

For whatever reason, I’d never stayed in a hostel before. I’ve just always travelled with people who prefer other types of accommodation, and I personally prefer accommodation with a more local touch like B&Bs or homestays.

Prior to this visa-extension trip to Quito, I’d been staying exclusively in homestays, with luxuries like my own room. I’d gotten used to it and was afraid I wouldn’t be able to adapt to a sleeping in a dorm. But given budgetary considerations, I decided I had to at least give it a go.

Within the first few hours I understood why people always talked about the social aspect of hosteling as being one of its biggest advantages.

I chatted with fellow travellers from Switzerland, Denmark, Sweden and Germany within those few hours. I’d have even gone out with them to dinner if I hadn’t already made plans with my friend Linda!

When things took a turn for the worse

Unfortunately, I didn’t sleep well at all that night.

I had trouble falling asleep as something (or things) kept biting me and it itched like crazy.

Finally, I shone a light on the covers and was horrified to see bugs crawling on them! I didn’t know what they were, but I was terrified that they were bed bugs – one of my worst travel-related fears.

I switched to another bunk, figuring I’d tell the hostel staff about it in the morning – but within half an hour, they had found me in the new bunk. I couldn’t take it anymore and fled the dorm with my trusty laptop and phone.

So I spent the rest of the night outside the dorm, checking through all my things for signs of bed bugs and whiling away the hours online. A part of me was in disbelief that my first hostel experience ever would be of bed bugs in a Quito hostel!

At first light, I went back to retrieve the rest of my stuff (that was safely stored away in a locker quite far from the bunks) and told my dorm-mate about it.

She was horrified as well, naturally. But after looking at the bugs (I’d killed a few of them) she thought they were too big to be bed bugs, which was reassuring.

Nevertheless, I decided I couldn’t stay any longer. So I went to tell the hostel staff about it and cancel my reservation for the night after the expedition.

The guy at the reception was pretty good about it. He didn’t charge me for the night and said he’d look into it. (But he also thought they were too big to be bedbugs.)

Another indication that they weren’t bedbugs: with bedbugs, the itching usually doesn’t start for a few days!

With that (somewhat) comforting thought in mind, I went in search of breakfast before getting picked up for the riding expedition.

In view of the rough night I’d had, I treated myself to pancakes, toast and scrambled eggs at the Magic Bean again. 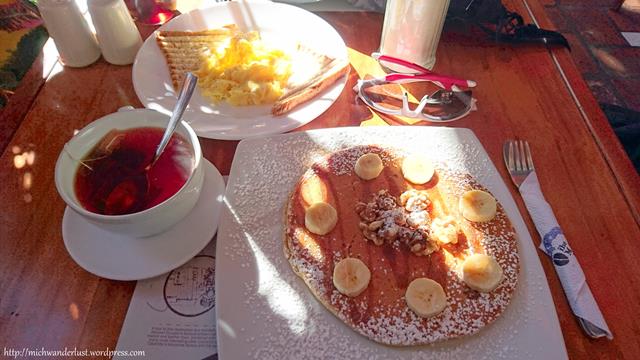 With the benefit of hindsight, I’ve concluded that they weren’t bed bugs after all.

Why? I didn’t itch anymore after that! Plus, based on anecdotal evidence, they were too big to be bed bugs.

That’s a huge relief, but now I’m definitely more wary. I checked the mattress at my next hostel (Color House Petite) rather carefully.

I loved Color House Petite right away. The owners were super friendly and helpful. They even offered me their supermarket discount card when I asked for directions to the supermarket.

For just $10 a night (including breakfast) in an all-female dorm, it was a real steal. I think staying in the mixed dorms is even cheaper!

Once again, I had a blast meeting fellow travellers from all over the world. I shared the dorm with 2 girls from Spain and at breakfast (very yummy pancakes) I met guys from Israel, New Zealand and Korea. (In this part of the world, I’m always especially happy to meet fellow Asians.)

Meeting all these backpackers, however, re-emphasised to me how little I’ve travelled and seen compared to them. I’ve been staying mostly put for 4 months now. And many of them arrived in South America more recently, and yet have seen far more of it than I have.

I’m torn between my desire to stay in Rosario – in this community that has come to feel like a second home to me – and to see more of Ecuador and South America in the limited time that I have left. Unfortunately, I can’t be in two places at one time.

But for what it’s worth, I have zero regrets about the way I’ve spent my time so far.

It’s a very different experience from your average backpacking / RTW trip. And while I won’t get to see or experience as much as I could have, what I’ve found in Rosario is special in itself. And I know I won’t get a chance to do this again.

And on that note, I’d like to wish all of you a very Merry Christmas and Happy New Year! 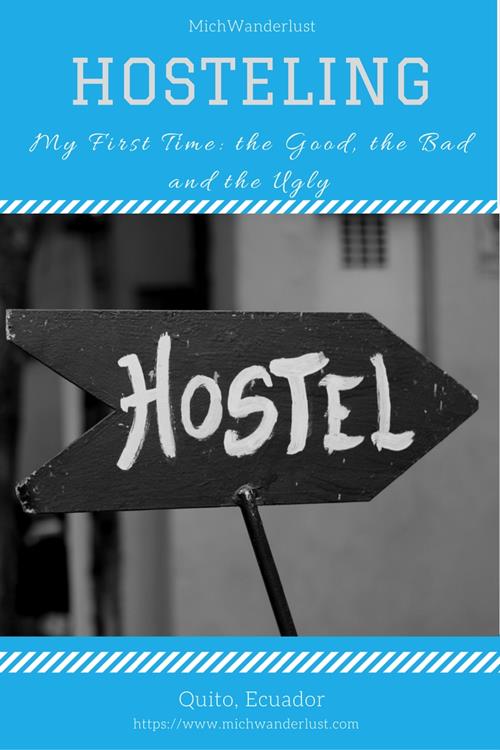 […] on it – it’s just somewhere to lay my head at night. As long as it’s clean (and there are no bed bugs!), I’m fine. Rose Cottage was different. It was perfect for what I needed at the time – […]

oh, I’ve had my share of good and bad hostelling experiences too:)