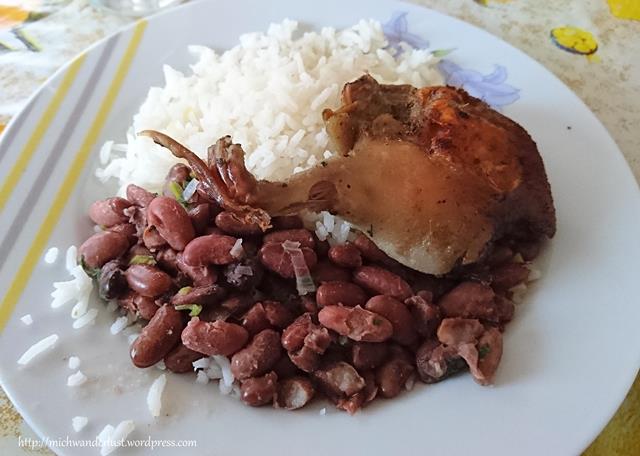 One weekend in mid-December, I went to Otavalo to get some Christmas presents and send them home. Otavalo, as I’ve mentioned before, is most famous for the indigenous market on Saturdays where they sell lots of handicrafts and crafted goods like ponchos, tapestries, scarves and bags. Basically, it’s the perfect place for souvenir shopping. 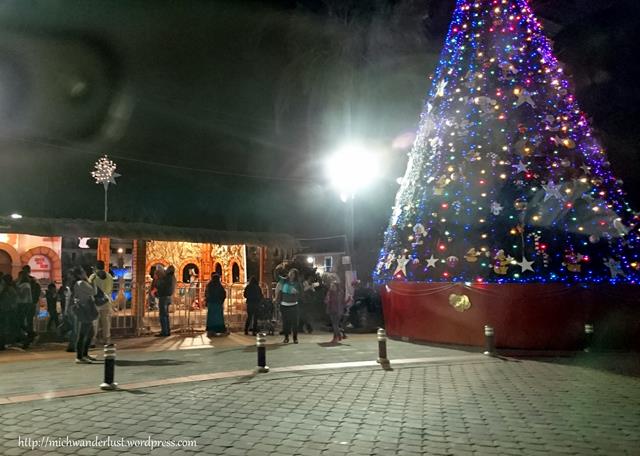 I wandered through the market just to get an idea of what it had to offer, but I had somewhere else in mind: I wanted to visit Museo Otavalango again and check out their little shop, as I hadn’t bought anything the first time I’d visited. I wasn’t sure if it would be more expensive, but I kept recalling the story behind their project – how difficult it had been to purchase the property and how they want to preserve and promote indigenous culture – and wanted to support it.

I wasn’t sure if I’d be able to locate the museum on my own (it’s not in the city centre), but I somehow did remember the way and managed to get there with just one or two wrong turns. Taking a taxi is definitely an option – they charge a flat rate of $1.25 or $1.50 (on weekends, public holidays and at night) for trips within the city, which is definitely affordable. I just felt like walking, though.

It took me about 10 minutes to stroll there (including a stop to buy ice cream – it was that kind of day), and I was uncomfortably hot by the time I arrived, but it was totally worth it. I talked to Sra Luzmila, the General Coordinator and wife of the President of the project. She was friendly and very appreciative of my visit, and told me about some other volunteer program. I can’t remember the name now, but it seems that students from all over the world (prior to entering university) spend 6 months in Ecuador living with indigenous families. Apparently, in the current crop of volunteers, there was a girl from Singapore! It sounds like such a great experience.

The museum shop is small, but everything there is made on-site. Sra Luzmila showed me the weaving looms they use and how they spin the wool and remove dirt from it thereafter (by hand! It sounds super time-consuming). Some of their goods are made partly from other materials, e.g. leather in the bags. She said that in such cases, they collaborate with other people (e.g. leather makers in Cotacachi, which is famous for its leather goods) who don’t have an operation big enough to market and sell their goods here in Otavalo.

She also said that some of the vendors from the marketplace come and buy their goods to sell there, which made me glad that I had come straight to the production source instead of doing my shopping at the market.

I ended up doing all my Christmas shopping there – everything was very reasonably priced and I loved that it was all handmade and done on-site. For example, a neck-warmer cost just $5.

Some pictures of my haul:

Postage to Singapore ended up costing more than the stuff itself! But more on that later.

Guinea pigs are an Ecuadorean specialty. Apparently they are really good value because they grow and reproduce really fast. I wouldn’t have gone out of my way to try it, but my host family was given some guinea pigs and so, that weekend in Otavalo, I tried guinea pig for the first time.

I think it’s easy to eat if you just think of it like chicken. It was probably easier for me than some people because I’ve never had guinea pigs as pets. The meat was quite tender and didn’t have a strong smell (unlike say, lamb, which I really don’t like). It was, in fact, quite tasty – probably because of the marinade. We made it the night before and it consisted of garlic, onion, spring onion, and green pepper.

A stroke of bad luck

While my Ecuador experience has been largely positive so far, a mishap was bound to happen sooner or later when you have a memory like mine.

As I’ve mentioned before, the dad of my host family works as a taxi driver in Otavalo, although he comes back to Rosario for one or two days a week on average. In Otavalo, he stays with Rosa’s sister and her family, and that’s where I stay too when I go down to Otavalo with the family. They’re caretakers of the head office of a taxi co-operative, so they get to stay there rent-free. It also means that I get to sleep in the conference room.

This arrangement worked well for me – privacy and a decent Internet connection, what more could I ask for? – until that weekend.

I was woken up at 1 or 2am by a lot of noise. The receptionist on duty (who mans the phone lines) came rushing in to tell me to get up and move my things because some taxi drivers had come to use the conference room. My things were somewhat scattered and in the ensuing confusion and rush, I left my phone charger and battery pack in the room.

The taxi drivers had in fact come to party and were drinking and playing loud music until sunrise. When we got up for breakfast, there were still a few of them in the conference room – all drunk, most sleeping, and only one or two still on their feet. It was a mess – there was vomit on the floor (and in the toilet floor), beer bottles lying around, and the place reeked of cigarette smoke.

Worst of all (for me), my battery pack went missing and despite our best efforts, we couldn’t find it. We came to the conclusion that one of the men there must have taken it, and Rosa’s sister called them to ask if they had seen it but (predictably) no one admitted anything.

I might have been more upset about it if I’d been on my own, but I could see that she felt terrible about it, so I tried to console her by telling her that it was alright, it wasn’t her fault, there was nothing we could do now anyway etc. I think when these things happen, we do what we can to fix things, learn what we can from it and then move on. I don’t see much point in beating yourself up too much over something that you can’t change. Pragmatism – probably the closest thing to a national Singaporean trait!

In any case, I can live (and have been living now) without the battery pack – it’s less convenient, but it’s not a necessity.

To end on a happier note, here’s a photo from The Pie Shop in Otavalo – apple pie with ice cream (2 scoops – $4, 1 scoop – $3). I eat here almost every day that I’m in Otavalo, so I’ve tried a lot of the flavours and I’ve concluded that the apple pie is the best! 🙂 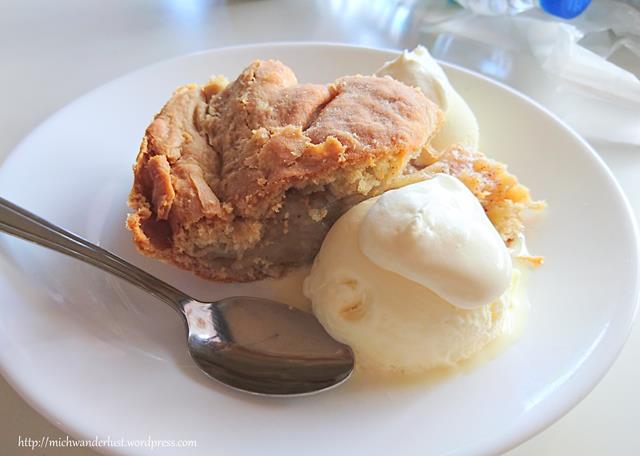 You tried cuy!! I agree, it is very comparable to chicken and isn’t terrible when you think of it like that. I’m so sorry about your missing battery pack : I remember being at a party once and my friend’s phone got stolen.. I guess from then on you see if you can really live without it. I love reading all of your posts in Ecuador, it brings back a lot of my favorite memories as an exchange student!

Oh no! Getting one’s phone stolen is definitely a lot worse than a battery pack. But I do think we can live on a lot less than we think. Thanks for reading Jen, I’m glad you enjoyed your time in this awesome country 🙂

Otavalo’s Hidden Gems (Part 3): Why you should visit this crumbling museum – michwanderlust

[…] Andino Spanish School, and had a tour of the “living museum”. I then went back around Christmas to buy some gifts for my family back home. (The postage alone cost more than the […]

[…] things I’ve lost in this way include a pair of jeans I left at my host family’s house, a battery pack when I had to evacuate my room in the middle of the night, and (what hurts the most) my phone which I left on a bench in […]