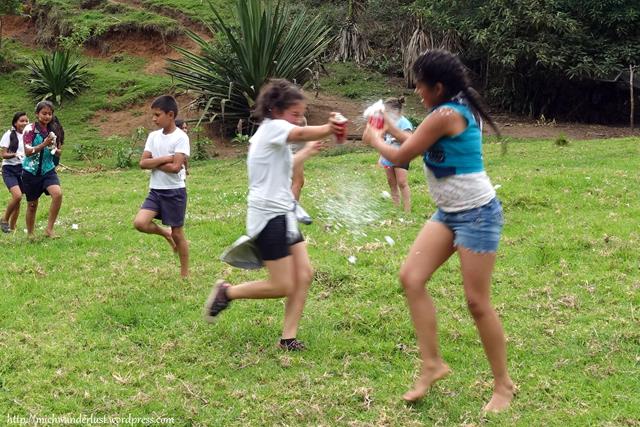 Carnaval (or Carnival) isn’t a holiday celebrated back home in Singapore, but it is a big thing in many other parts of the world, including Ecuador. It falls on the Monday and Tuesday before Ash Wednesday (the start of Lent), and (in Ecuador at least) is celebrated by huge water and foam fights.

Because Profesora Blanca is a very good teacher who genuinely cares about her students and wants them to have fun (in addition to actually learning stuff), and because the actual Carnaval didn’t fall until after the school year had ended, we had an early Carnaval celebration.

This was basically an excursion to the nearby open fields and river. 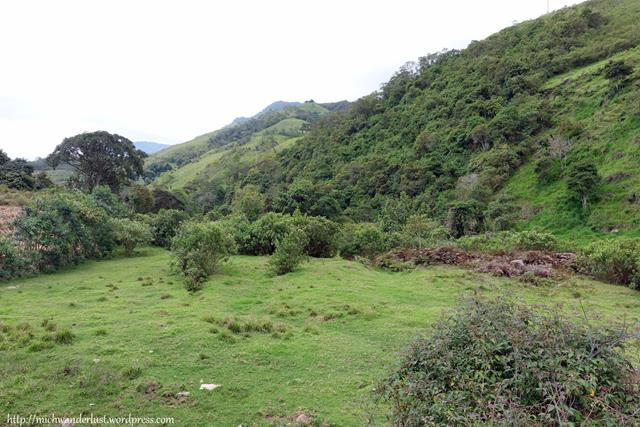 Things kicked off with a short soccer tournament: 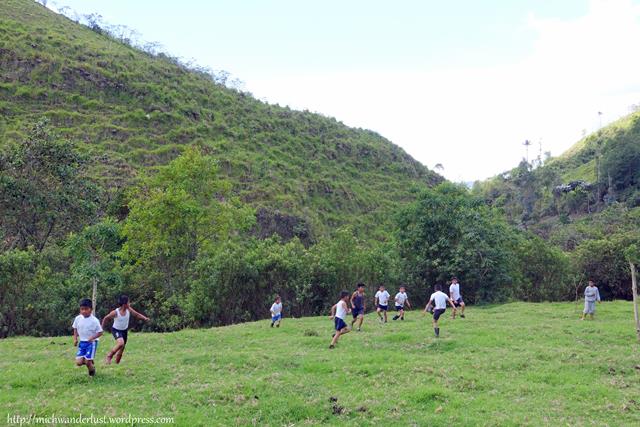 Then we had some games, followed by the moment all the kids had been waiting for – the water and foam fights. Out came the cariocas (the foam spray bottles) and water buckets with a vengeance: 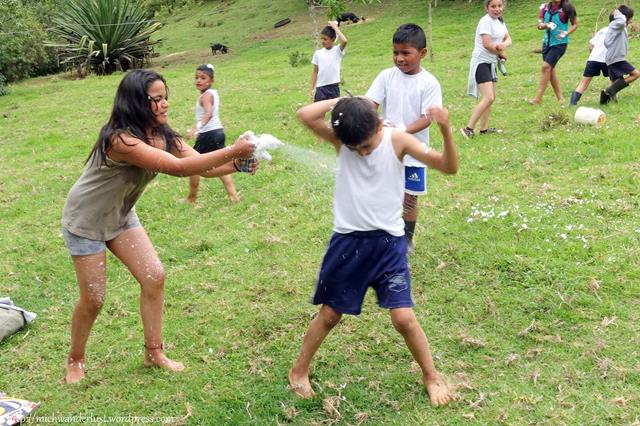 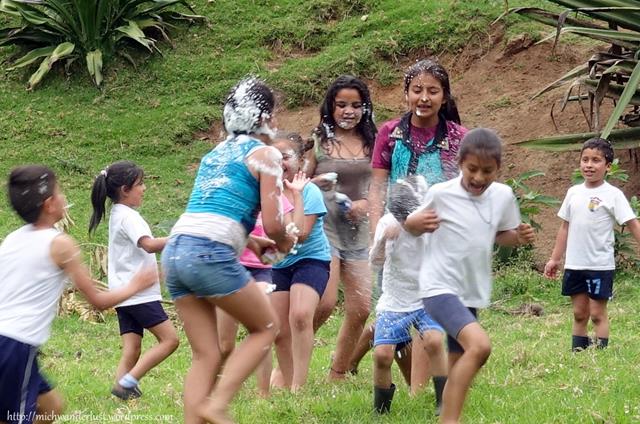 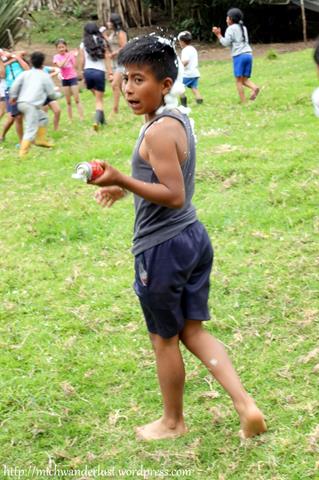 Then, we all adjourned to the river. 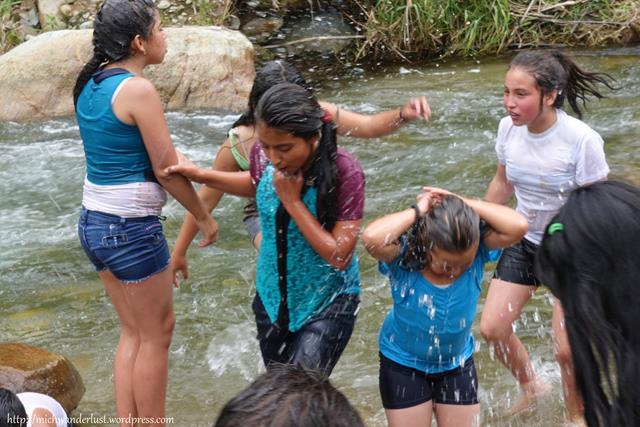 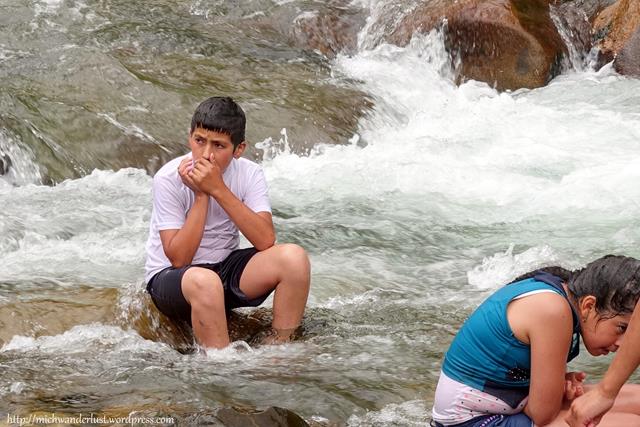 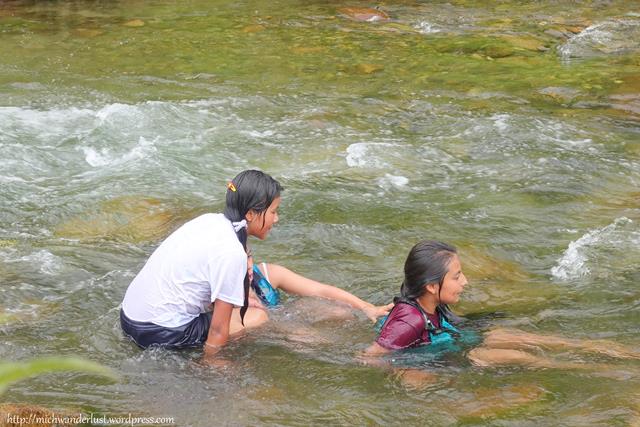 But what party is complete without food? We ended the day with a little picnic – almost every kid contributed something, and we ended up with way too much food: tostados, popcorn, rosquillas (doughnuts), tortillas, cheetos, chicken and rice, biscuits, etc. 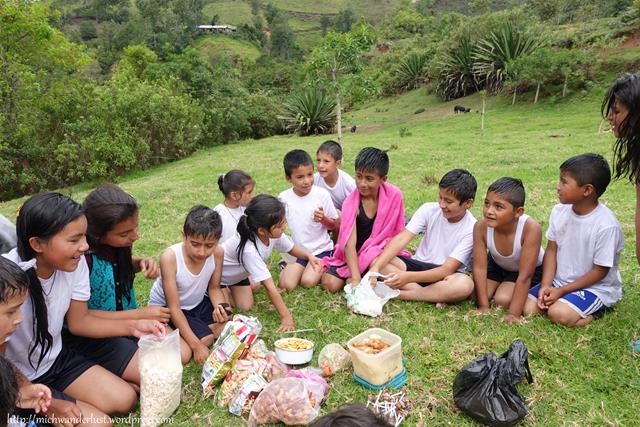 I just love the vegetable garden. As a true blue city girl, it never ceases to amaze me that Rosa can just go into her vegetable garden and pluck some cabbage / spinach / carrots / beans for dinner. Talk about farm-to-table! It doesn’t get any fresher than that.

I won’t bore you with pictures of every plant in the vegetable garden, but here are some of my favorite recent addition: strawberry plants! 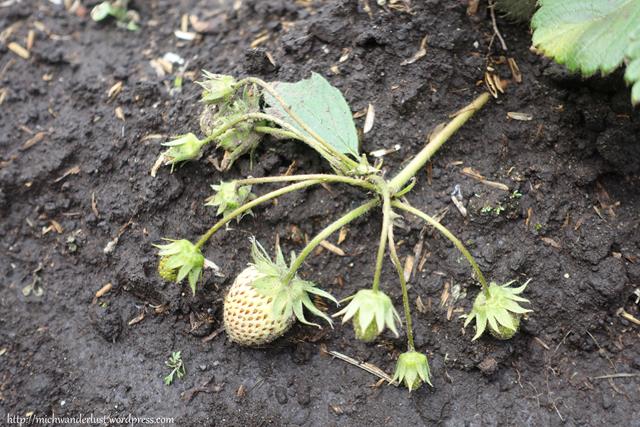 The strawberries are really tiny, but they’re completely organic. 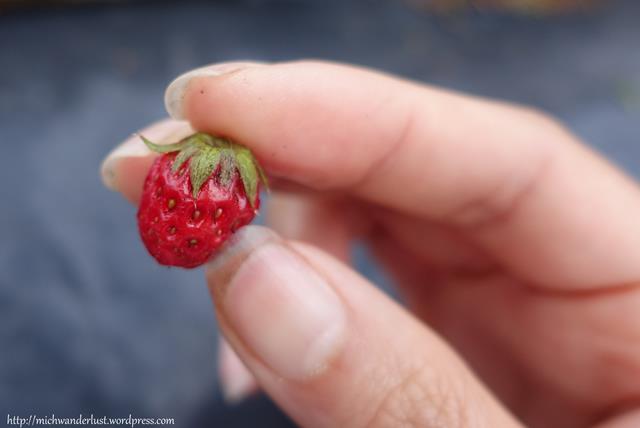 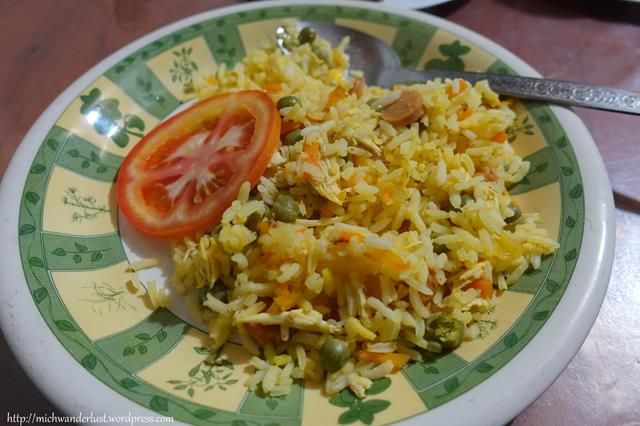 Arroz relleno (above) is one of my favorite Ecuadorean dishes. It looks a little like fried rice, with all the different ingredients mixed into rice, but doesn’t taste much like fried rice.

The preparation is extremely time-consuming as you have to individually cook each ingredient: boil the rice, peas and chicken, chop and boil the carrots, chop and fry the onions, peppers and sausages, etc. The yellow coloring comes from achiote.

It took Rosa and me more than 2 hours to prepare this dish! I can’t imagine how long it’d take with only one person cooking.

Another of my favorite dishes – desserts, actually: torta (below), which is basically a super sweet pancake. It’s served with milk – fresh from the cow (and boiled), of course. This I think I can recreate at home! 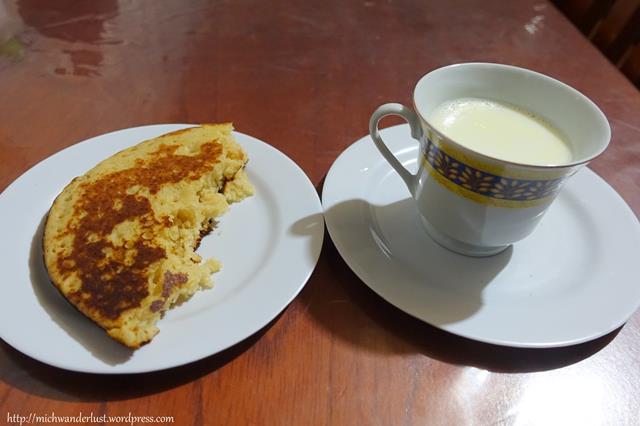 I know I talk a lot about my semi-culinary exploits (chopping vegetables isn’t exactly rocket science), but for someone who had cooked maybe twice in her life prior to coming to Ecuador, all this is very much new to me!

One day Rosa and the kids had to go to Otavalo on short notice, and I stayed behind because I didn’t want to skip classes the next day, so it was just me and Mario (the farmhand) at home.

Given my lack of culinary skills, Rosa was worried that I’d starve in the 24 hours (or so) that she’d be away, but she needn’t have worried. Mario did all the cooking while she was away (dinner, breakfast and lunch), which was really nice and also more than a little bit embarrassing. One of my resolutions when I get back is definitely to cook more!

Raindrops keep falling on my head

In keeping with my weekly routine, I went down to Señora Rosa Maria’s one Monday – ostensibly to help out at the farm, but it rained the entire day. So I spent the entire day indoors, chatting with another volunteer (Aaron from the US) and a Canadian couple who had spent a couple of days at Ned and Patricia’s as tourists. It’s always so much fun hanging out with other volunteers / tourists. We all have such different stories to tell.

Some friends of Ned and Patricia’s from Quito were also visiting, and we had a great and illuminating conversation about Ecuadorean politics and the then-upcoming elections (on 19 February).

That’s not to say that I spent the entire day lounging around – I did try to help out by frying some yuca for lunch.

And Patricia, who is great at making sure that her guests aren’t bored, got us making empanadas after lunch. This was when I discovered that empanadas with jam (specifically naranjilla jam) is absolutely delicious. It’s a bit counter-intuitive because empanadas are pretty savory: fried bits of dough with cheese inside – but believe me, it’s surprisingly good.

Bonus picture: the boys posing proudly with a rooster they’d caught. Catching chickens is really hard work! I’m absolutely useless at it, but Anthony is pretty good at diving and grabbing them. These are truly free-range chickens. 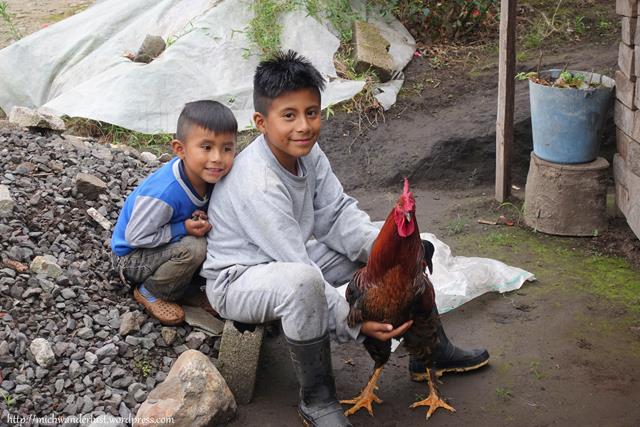