Goodbyes are never pleasant, and to be honest I’ve been putting off writing this post for a while because I just couldn’t handle it emotionally. Just editing these photos brought me to tears.

As I’d been teaching English for 5 months (an unprecedented amount of time for these kids), Profesora Blanca (the regular teacher) asked me to prepare and administer English exams for them at the end of the school year, just like she would be doing for the rest of their subjects.

Their English grades wouldn’t be reflected in their official school results, naturally, but she wanted them to have a certificate – a reminder of all the English they’ve learned. Those who passed the exam would get a “diploma”, while those who didn’t would simply get a certificate of attendance.

As she’d done the rest of the time, she left the exam format entirely up to me, so I decided on the following: 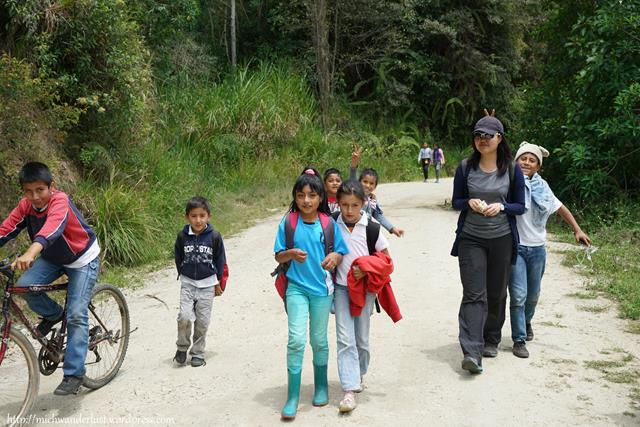 The day after we finished all the exams was the last day of school. There was supposed to be a graduation ceremony for the 7th graders, but this had to be postponed to the following Monday as Profesora Blanca hadn’t made all the necessary preparations (due to the power going out).

I was disappointed that I wouldn’t be there for the graduation ceremony, but I’d already made travel arrangements so we had to leave as originally planned. 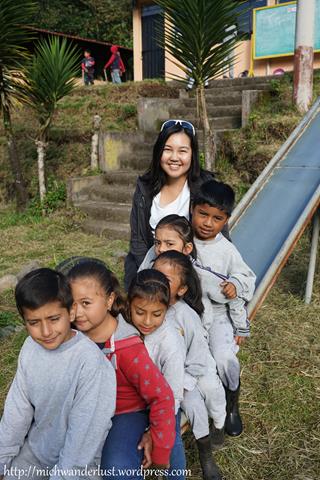 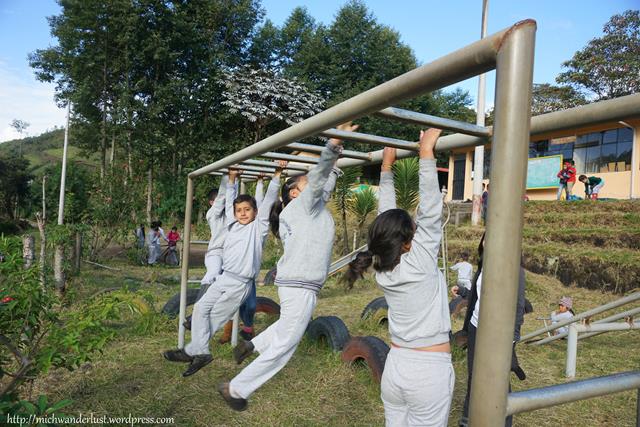 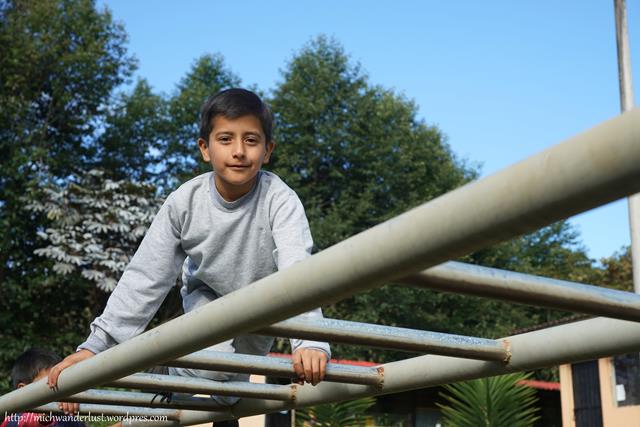 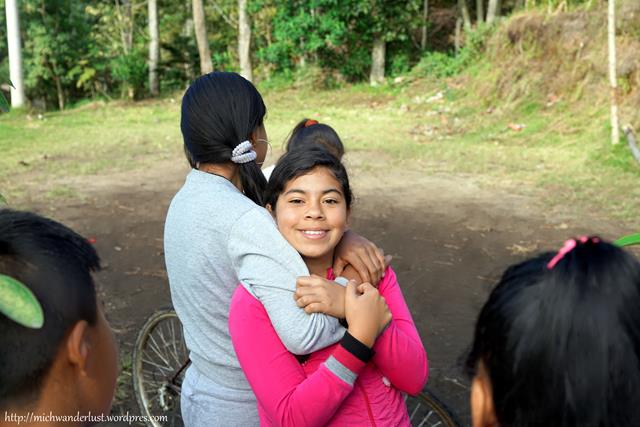 Maria, one of the 7th graders, said, “I don’t want you to leave” – to which I pointed out that the 7th graders were also leaving. I understood what she meant, though.

We had a short farewell ceremony: Profesora Blanca said a few words of thanks and added that the school’s doors will always be open should I ever come back. Then Evelyn (one of the 6th graders), who serves as school president, said a few words of thanks too. She talked about how I was the only volunteer to have stayed so long and how she’s learned so much from me and will miss me terribly. We were both in tears by the end of her speech.

And then Profesora Blanca asked me to address all the kids (despite my being a complete wreck). I hadn’t anticipated this at all, so it was completely off-the-cuff and very short. I just talked about what a pleasure it’s been to have worked with them, how I’m going to miss them and encouraged them to keep practising English so that they don’t forget. 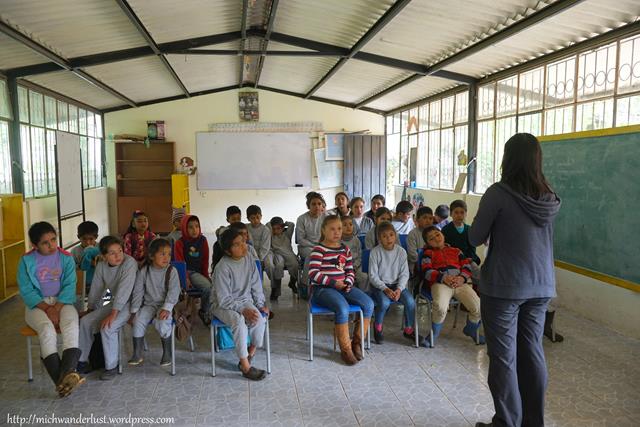 This is an unprecedented level of attention paid by the kids – normally there’s at least one or two off doing their own thing!

I gave out the gifts we’d brought to each of them: Ian had brought with him little Singapore souvenirs (keychains and pens) and I’d written notes to each of them on Singapore postcards. Then it was photo time! Here are some of my favourites: 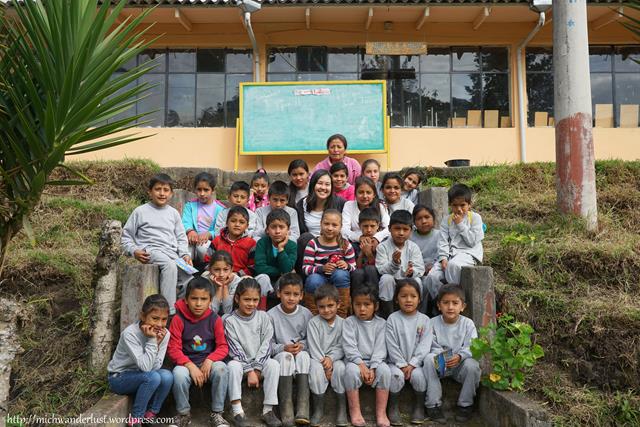 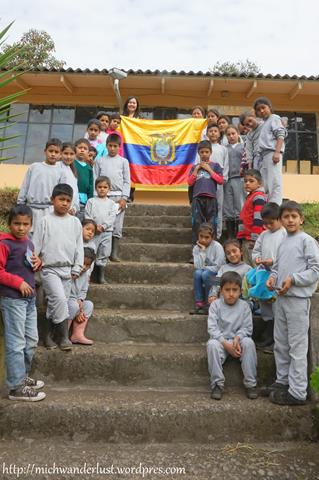 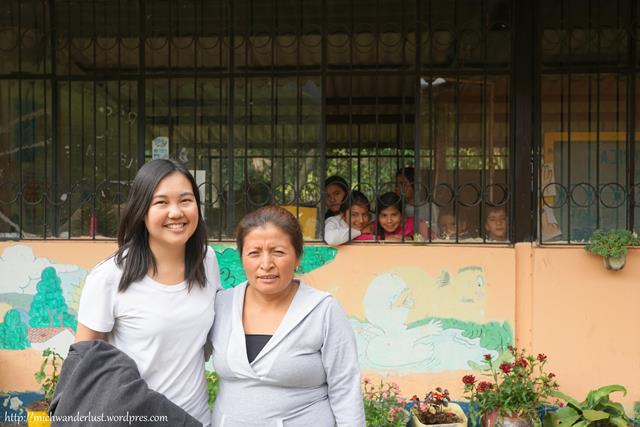 Photos of each grade:

I’ve never been much of a kids person – and I still don’t consider myself one – but I did grow extremely fond of these 27 kids, and I know it was mutual.

Although it was unpaid and at times very challenging, teaching them was extremely rewarding. I have zero regrets about spending close to 6 months here, even if it meant I didn’t travel as much as I could’ve. 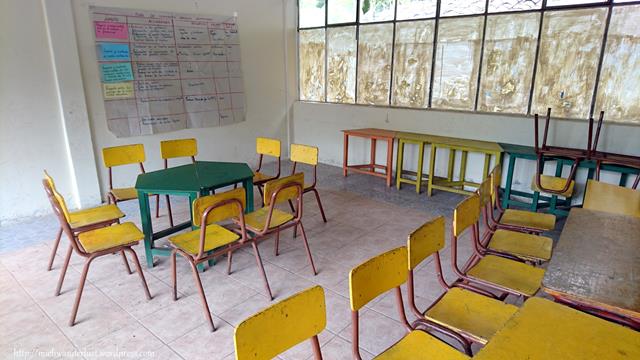 I’ll never forget the time I spent here in this classroom, with 27 extremely energetic kids (not all at once, thankfully!), trying to keep them engaged, under control and learning something. I think they did learn something.

For my part, I definitely learned so much from them. And not just in terms of teaching skills (the 5th to 7th graders learned the same stuff but at different paces, so the first class to do a particular topic served as my guinea pigs) or Spanish language skills (I found that kids are the most willing teachers you’ll ever meet).

I also learned patience (still not a particularly patient person, but better than before!) and perseverance. The first week, I found it all rather overwhelming and seriously considered just leaving, but I hate giving up that easily. So I told myself that I’d stick it out for at least a month, and I’m so glad I did. 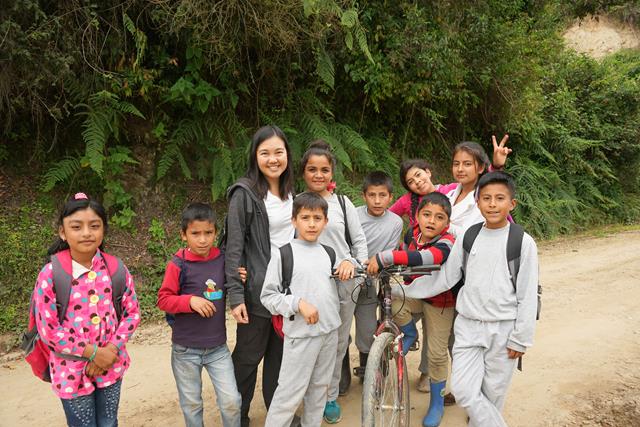 Saying goodbye to these kids is probably one of the hardest things I’ve ever done. But nothing worth doing is ever easy, isn’t it? 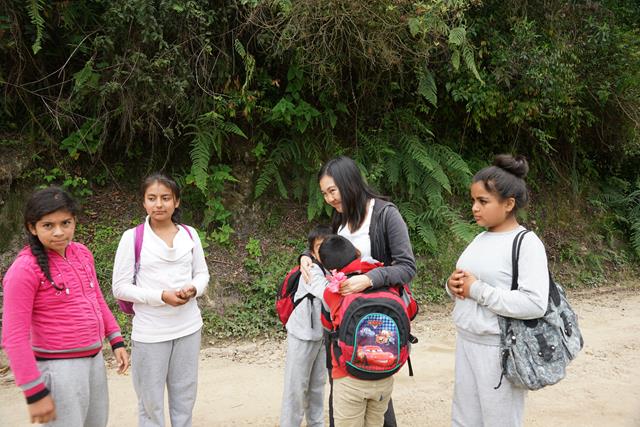 I’ve been there before when managing international aid projects. It looks like you have beautiful photos to capture the wonderful memories. 🙂

Thanks Ellie! So glad you can empathise 🙂

saying goodbye to the schoolchildren of Intag | The cloudforest adventure blog

Dear Michelle , i had volunteer also at this school but only for a week as we got chewed by fruit flies and had to leave early .My feelings are just as yours , I cried my heart out saying good bye to the kids also Rosita our host . All the kids remember you very well and talked about you everyday .Rosita also mentioned you everyday. Well done girl , you truly did make a difference. big hugs from a fellow volunteer.

Hi Maria, thanks so much for your kind comment! (So sorry for the late reply, I’ve been really busy with moving and had to take a break from my blog.) I was so glad to hear that you two had volunteered at Rosario as well – the kids only get a few volunteers a year, and they are super excited about each and every one. And I’m even more glad that you seemed to have a good time – apart from the flies, which I totally understand. Those flies were the most aggressive I’ve ever encountered – they don’t even… Read more »

Hi Mich! I just discovered your blog and read almost every post about my hometown Otavalo right away! I just wanted to say thank you for volunteering and making a real difference for those kids! You know, when I was a kid I also had an American English teacher who was volunteering at my school. He encouraged me to keep studying English, and ten years later, with the support of my parents, I’m writing this comment sitting down at my university’s library in the UK. You probably couldn’t see it at the moment, but you really changed those kids’ life… Read more »

Hola Jany! Thanks so much for taking the time to read and comment – I’m really glad that you liked my posts about Otavalo! It’s always a bit challenging when you read travel blogs about your hometown because you know it so much better than they do, inevitably. And I can’t believe the guide at Museo Otavalango is your friend – what are the odds??!! I love it 🙂 Please send him my regards! Hope he’s doing well. Also really glad to hear how your English teacher inspired you – he would be so pleased if he knew. Hope you’re… Read more »