My last few days in Rosario were very bittersweet – mixed in between the delight that Ian and my host family could finally meet each other was a deep sense of impending loss.

But first, the pleasant part: even though Ian can’t speak Spanish, and they speak almost no English, I was surprised at how well he got along with them – especially Anthony, the 12-year-old. They bonded over a love for playing mobile phone games, magic tricks and Michael Jackson.

Anthony had been watching some videos of MJ moon-walking and when Ian demonstrated the moonwalk to him, it just blew him away. He spent the next few days asking Ian to demonstrate the moonwalk over and over, and practising it on his own.

I served a little as translator for the two of them, but one of my favourite moments from my time in Intag is watching the two of them attempt to converse in 2 different languages, with limited success.

The string of goodbyes started with a farewell dinner at Patricia’s mum’s place. 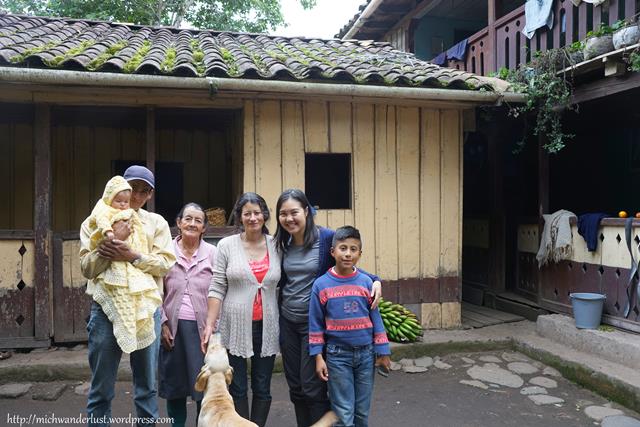 As I’ve written about previously, I’ve spent a fair amount of time with them and have found that they’re just the nicest people ever. They had prepared a beautiful flower arrangement for me, but unfortunately the electricity was out (it was out pretty much that entire week during daytime) and so it was extremely dark indoors and you couldn’t really see the flowers.

It also meant that we ate an incredibly early dinner, at around 5pm – before it got completely dark! We lingered so long that we had to go back in the dark, though. Thank goodness for mobile phones and flashlights – it would’ve been pitch dark otherwise!

On my last day in Intag, we hiked up into the mountains so that Ian could fly his drone. The boys came along with us. 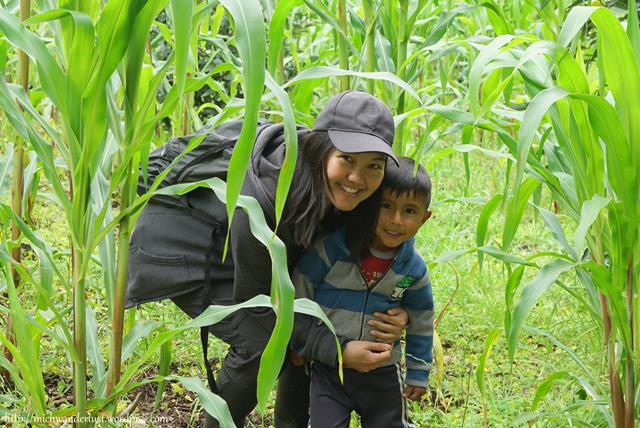 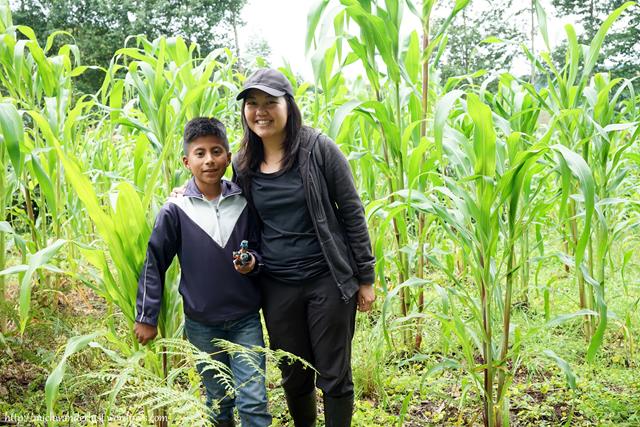 On the way, we passed through the cloud forest and the boys had a ton of fun swinging on the vines and doing their best Tarzan impressions. 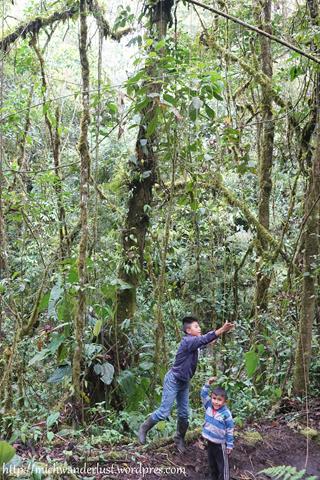 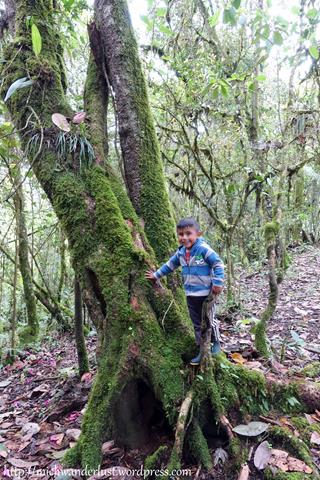 We came across this tree with a hole at its base big enough for Kevin to crawl into, so I joked with him that it was his house. Here he is, gamely posing with his “house”.

After a fairly steep climb towards the end, we finally made it to a good viewpoint. 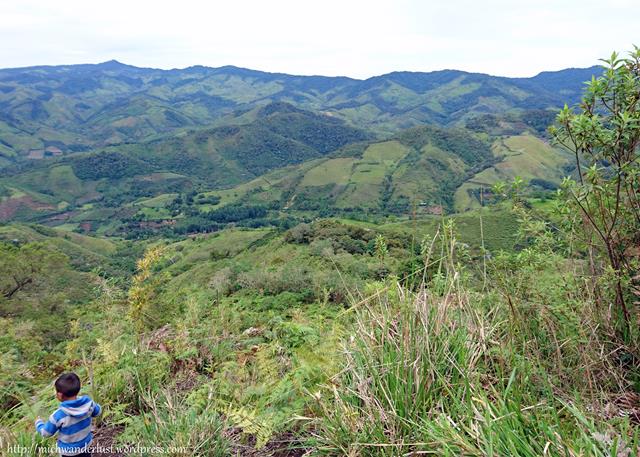 I was all too happy to take a break there while Ian flew the drone. Kevin was scared of the drone and hid in the bushes – but the dog, Max, surprisingly wasn’t.

Rosa made sopa de gallina as a farewell meal (it’s her usual go-to meal for special occasions like birthdays) so that was our lunch and dinner.

That afternoon everyone was a little down. Anthony was more subdued than usual and hung around while we were packing. Well, almost everyone – I don’t know if Kevin fully understood what was going on.

For dinner we had torta for dessert (basically a very sweet pancake – again, another of her go-tos for special occasions) and I indulged in two whole tortas. I figured, why not? I’m not going to eat them again for a very long time. 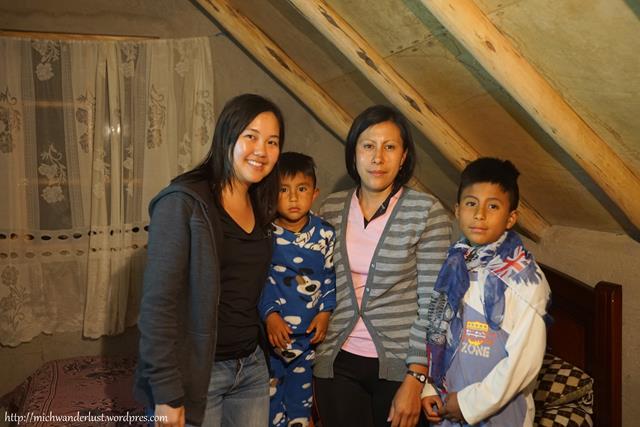 Ian and I left very early the next morning (in order to catch the bus to Otavalo at 6.30am). Rosa and Anthony got up early to send us off and there were lots of tears. It’s not easy leaving a family you’ve come to regard as your own.

We made plans for me to come back and visit during Easter to help make the fanesca (a traditional grain-based dish that they make during Semana Santa or Holy Week). I’m not sure if that was a good idea – it was so hard to say goodbye once, I don’t know how I’ll be able to do it again. And the next time, it’ll be even worse because it’ll be an indefinite goodbye. Plus, Ian won’t be around so I’ll be truly on my own when I leave the second time.

That said, I most definitely want to see them again before I go home. Even though I know it’ll cause me even more pain (masochistic tendencies, perhaps?), I’d far, far rather spend just a bit more time with them.

How do you deal with goodbyes?

Some photos taken by Ian

[…] let’s take a little trip back in time – to February, 5 months ago. I had just said a tearful goodbye to my host family in Intag, where I’d been staying for the last 5 months, and headed off to […]