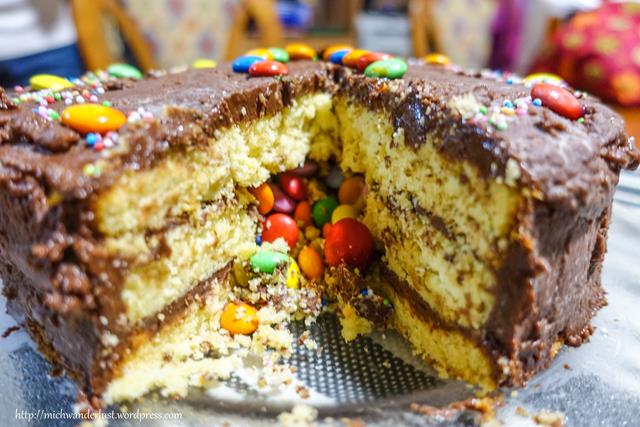 But first, some background

I love to bake. When I’m not travelling and have access to all my baking tools, I bake at least once a week. That doesn’t mean I’m an expert though. Far from it!

And sometimes when I see other people’s stunning baking posts on Instagram, I wonder if all the time spent on this will ever be worth it. But I keep at it, simply because it’s fun! So this is for all of you who have ever invested a lot of time into something but remain decidedly average. You’re not alone!

Although I can whip up a mean red velvet cake, layer cakes involving other kinds of frosting are my nemesis.

and ended up with a cake so bad, even the blueberries wanted no part of it. 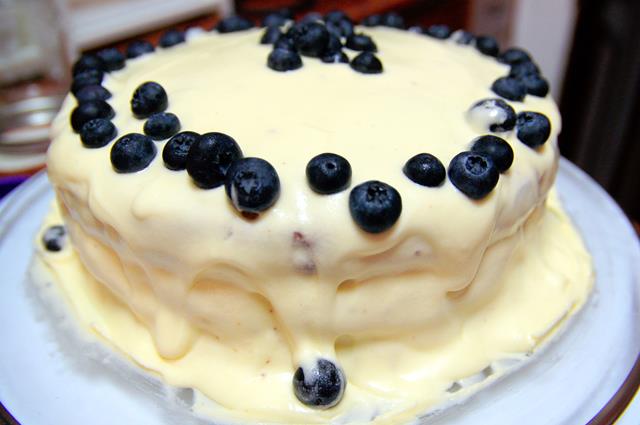 So whenever I see a cake recipe with frosting, I’m like:

But sometimes the recipe looks just too good to pass up. And then you figure, go big or go home, right? Especially when it’s for a special occasion like a birthday.

I’ve been wanting to make a piñata cake for a while. It doesn’t look that difficult, does it?

Seriously, guys. Check out her Instagram if you want to start drooling uncontrollably.

So I was going for this:

and ended up with this:

Maybe you’re being charitable and thinking “it doesn’t look that bad…” Wait, it looks worse from the top!

On a happier note, the butter cake itself was decent, so it wasn’t a complete failure.

Here’s the recipe and method (adapted from Sally’s Baking Addiction because I wanted a 3-layer cake that wasn’t too sweet).

Note: since my fudge frosting turned out so badly, do not follow this part wholesale! I’ll discuss some things I’d do differently below.

Filling: M&M’s, Smarties, sprinkles, whatever you want to use.

For the fudge frosting:

What fudge frosting mistakes did I make?

In other words, why was my frosting neither smooth nor creamy?

Googling this question didn’t really yield any direct answers, so I looked at different fudge frosting recipes. Based on those, I think my mistakes were:

If I were to attempt this again, one other frosting option would be to use a boiled fudge recipe instead. Many fudge recipes call for melting the butter and sugar over low heat, adding the dry ingredients, and letting it harden as it cools. It’s a completely different method, but worth a shot I guess!

And hopefully one day my frosting will look like this: 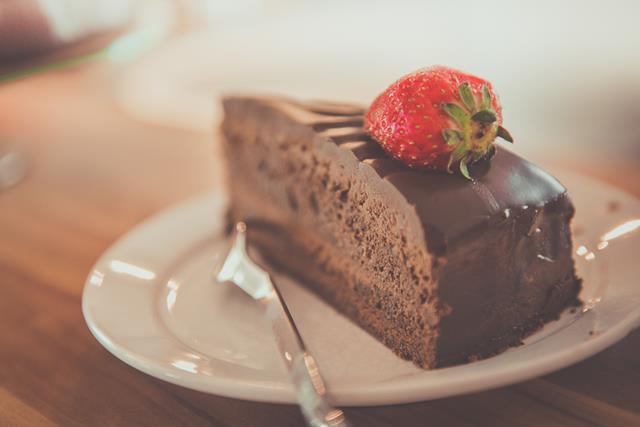 Have you tried making fudge frosting? Which method did you use, and did it work for you? 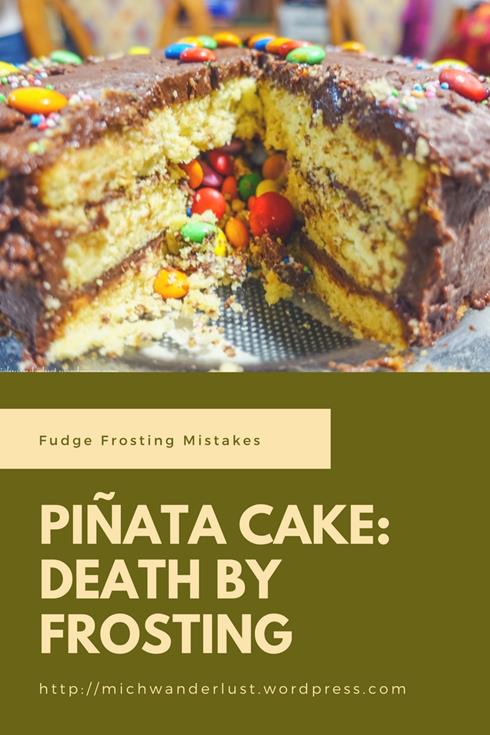 I’ve seen your twitter tweets with your cake, and so have now really enjoyed reading the whole story. I laughed that your blueberry didn’t want anything to do with your cake and your comparison of the pinata cakes. I think you do well to even give them a go! Annette

So glad you enjoyed reading it, Annette! Thanks for your kind comment, it means a lot to me – there are so many picture-perfect baking blogs out there, I wasn’t sure if I had anything of value to add!

Your versions of these cakes actually look quite amazing and delicious! I feel like cakes that are not “perfect” always tend to taste the best! 🙂

Thanks so much for your kind comment! I find it’s pretty easy to make a cake that tastes nice – it’s getting it to look amazing that’s hard. But I’m always glad for people who feel like you do – otherwise, no one would want to eat my cakes! haha